First brought to life by Dame Julie Andrews and Rex Harrison on the Broadway stage, and winner of a host of Tony and Olivier Awards, My Fair Lady is one of the most loved musicals of the twentieth century. 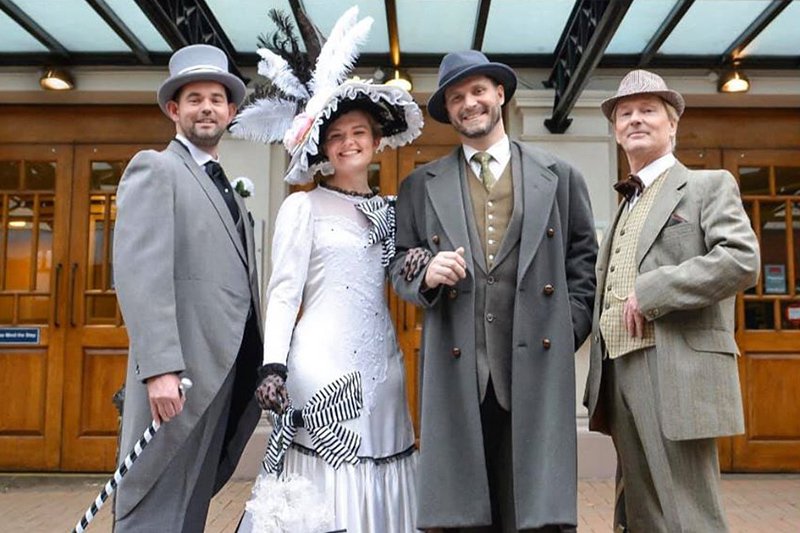 Taking you back to the golden Edwardian era of Downton Abbey and Upstairs Downstairs, this is a show with a score seldom matched in today’s world of musical theatre, including such classics as I Could Have Danced All Night, Wouldn't It Be Lovely and On the Street Where You Live.

The story concerns Eliza Doolittle, a Cockney flower girl who takes speech lessons from professor Henry Higgins, a phoneticist, so that she may pass as a lady.

The 1956 Broadway production was a notable critical and popular success. It set a record for the longest run of any show on Broadway up to that time. It was followed by a hit London production, a popular film version, and numerous revivals.

My Fair Lady has frequently been called "the perfect musical" and, if tonights production was anything to go by, that title shows no sign of going anywhere!

Bilston Operatic Company are unpaid, but certainly not amateur. From the opening chords of the overture, and the melody of the oh-so-familiar soundtrack flowing from the speakers, the audience knew they were in for a good night.

Tim Brown shines as Henry Higgins, with Nicholas Sullivan as Colonel Pickering. The two become almost a double act with some beautiful delivery of lines that showcased their raw talent.

Talking of raw talent, special mention should go to Stephen Burton-Pye and Ally Birkett as socialite, Freddy Eynsford-Hill, and Mrs Higgins respectively. Burton-Pye has a stunning voice and, whilst the character is somewhat underused through the story, the moments he was on stage were a joy. Birkett gave a solid performance in the matriarchal role, with some beautiful snide remarks and putdowns, delivered as only a mother can!

However, for me, stand out performance of the evening goes to Lucy Follows as Eliza Doolittle. It seems almost lazy to say 'the main character was the best', but in this instance it's absolutely justified. Obviously any number of actors in similar groups have moments of brilliance where the reviewer inevitably says "they should ABSOLUTELY be in the West End!". However that same remark, in the context of this show, is more of an out and out plea.

If ever there's a revival of the show in London, this is absolutely your leading lady.

Giving an emotional performance with an outstanding singing voice that didn't miss a note in a very hard to sing score, Follows is destined for much, much bigger things.

My Fair Lady runs at Wolverhampton Grand until Saturday 16th November. For more information, or to get tickets, visit grandtheatre.co.uk.