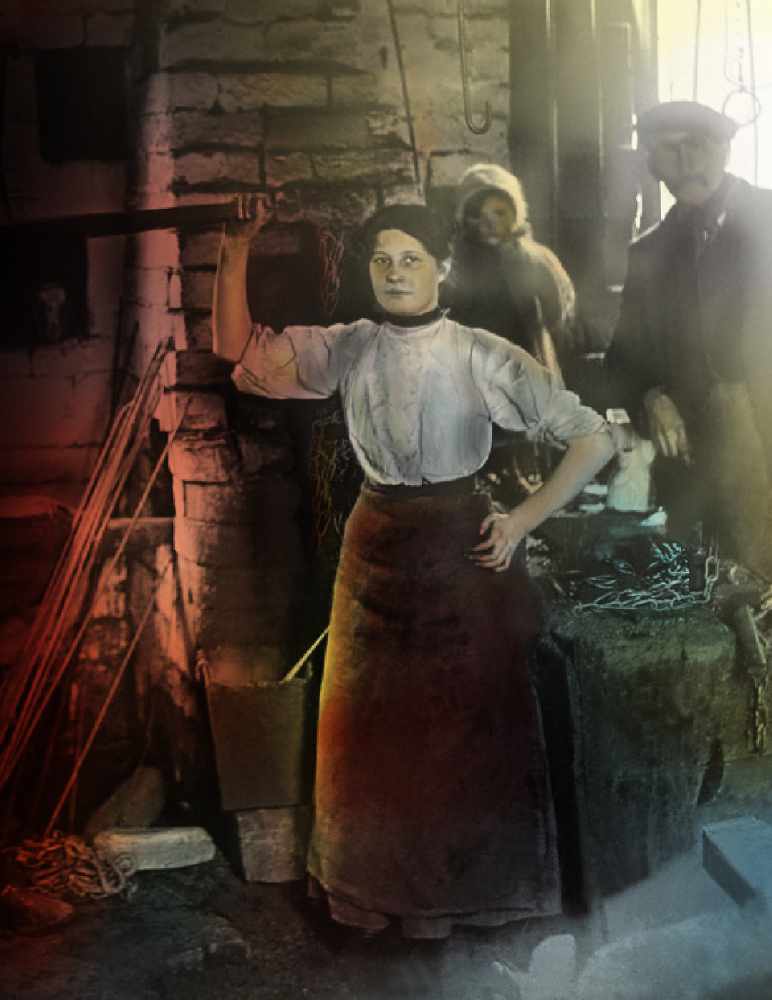 A play by Neil Gore based on the true story of Mary Macarthur and the women chainmakers.

Townsend Theatre Productions is delighted to announce the world premiere of its new show “Rouse, Ye Women!”
This groundbreaking folk opera tells the true story of Mary Macarthur and the women chainmakers and features original songs and music composed by revered folk musician John Kirkpatrick (Steeleye Span, Home Service, Richard Thompson Band).
The role of trade unionist and strike leader Mary Macarthur will be performed by Scottish folk singer Bryony Purdue. Purdue is an outstandingly versatile and charismatic performer and has sung with UK Opera companies Opera GlassWorks, Longborough Festival Opera and touring ensembles VoxCollective and Transatlantic Ensemble.
Folk singer Rowan Godel will play chainmaker Bird. Godel is a rising star in the music world and has worked extensively with some of the biggest names in folk, including Oysterband (duetting with John Jones on Street of Dreams, Spirit of Dust and more ), The Levellers and Ray Cooper.
Women chainmakers in the Black Country in the 1900s started work at the forge as children and spent their entire lives making chains. These women had no vote, were largely illiterate, worked a 54-hour week for ‘starvation wages’, and had to take their children to work.
But in the Autumn of 1910 hundreds of women chainmakers of Cradley Heath held a ten-week strike against their employers. Led by the remarkable trade union organiser and campaigner Mary Macarthur, they won a minimum wage which doubled their incomes.
More importantly, they returned to work confident in the knowledge that by sticking together in a union they could stand up to the chain masters and companies.
The strike was a prelude to the ‘Great Unrest’ of industrial action that swept Britain in 1911, and led to a landmark victory for a fair wage, changing the lives of thousands of workers, whilst proving their economic power.
‘Rouse, Ye Women!’ is a folk-song opera that tells the story of Mary Macarthur and the chainmakers, and shares the story of the lives of the workers and campaigners through rousing, heartfelt traditional song and music.

More details for this venue

The event runs from 7:30pm to 10:30pm on the following dates.
Select a date to add this event to your calendar app.