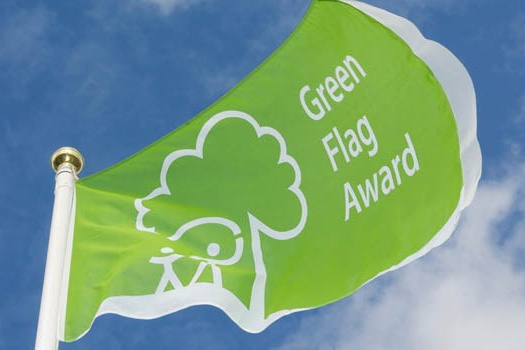 Parks and nature reserves in Dudley have proved they are a cut above the rest by obtaining Green Flag status.

The Green Flag Award Scheme, which recognises and rewards the best green spaces in the country, has been awarded to Huntingtree Park and The Leasowes in Halesowen, Silver Jubilee Park in Coseley, Priory Park, Buffery Park and Wrens Nest Nature Reserve in Dudley and Wollescote Park and Mary Stevens Park in Stourbridge.

The national award, handed out by environmental charity Keep Britain Tidy, recognises and rewards the best parks and green spaces across the country. A Green Flag flying overhead is a sign to visitors that the space boasts the highest possible standards, is beautifully maintained and has excellent facilities.

An additional recognition as a special Green Heritage site was also given to Mary Stevens Park and Priory Park. The accolades come after £3.1m of Heritage Lottery Fund money was recently ploughed into Mary Stevens Park to create a new visitor cafe, to restore the bandstand, park gates and war memorial and to make significant improvements to the pool.

Abbey Road Allotments in Halesowen was also given a Green Flag award and is the first allotment in Dudley borough to achieve the status. Councillor Hilary Bills, cabinet member for environment and culture said:

“Our borough is blessed with a number of beautiful green spaces and I am delighted that the hard work of our teams and members of the local community is being recognised with this prestigious status.

“We are particularly excited about the Green Heritage awards, which recognise the drive to preserve and celebrate our unique history.

"We are delighted to be celebrating another record-breaking year for the Green Flag Award Scheme, especially as we celebrate the 20th Anniversary of the Awards.

“All the flags this year are testament to the efforts of the thousands of men and women, both staff and volunteers, who work tirelessly to maintain the high standards demanded by the Green Flag Award.”

For more information on Dudley Council’s parks and green spaces visit dudley.gov.uk or call the park’s team on 01384 815589.