The winners of the 19th Annual WhatsOnstage Awards have been announced. 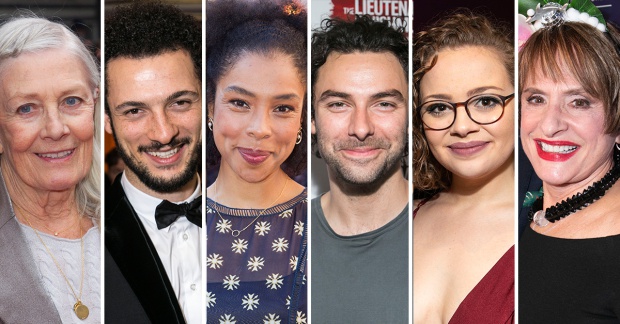 Leading the awards wins is Lin-Manuel Miranda's musical Hamilton, which opened at the Victoria Palace Theatre in December 2017. The show garnered five wins including for Jamael Westman as Best Actor in a Musical and Jason Pennycooke as Best Supporting Actor in a Musical. Other Hamiltonstars Giles Terera and Cleve September lost out to their fellow cast members. Hamilton also picked up the awards for Best Choreography, Best Lighting Design and Best Costume Design, but the show didn't manage to overcome Heathers the Musicalto win Best New Musical.

Laurence O'Keefe and Kevin Murphy's musical also won in the Best Actress in a Musical category for Carrie Hope Fletcher, who beat off stiff competition in the form of Rosalie Craig, Adrienne Warren, Rachelle Ann Go and Laura Baldwin. Best Actress in a Play was won by Sophie Okonedo for Antony and Cleopatra, while Aidan Turner won for his turn in Martin McDonagh's The Lieutenant of Inishmore. The director of that show, Michael Grandage, was given the Equity Award for Services to Theatre in recognition for his work onstage and off and his commitment to accessible ticket prices.

The evening saw performances from the likes of Six the Musical, Heathers the Musical and Rachel Tucker who performed a song from the newly opened Come From Away. WhatsOnStage's chief operating officer Sita McIntosh said:

"The calibre of theatre across 2018 has been extraordinary – from musicals to plays, from new productions to revivals – which is reflected in this year's WhatsOnStage Awards winners list.

“It's brilliant to see some behemoth shows alongside smaller offerings and it's notable this year that regional theatre has featured in several categories, not just under Best Regional Production.

"It goes to show how dynamic and exciting the theatre scene is up and down the UK at the moment. The WhatsOnStage Awards tell us about audiences and what they have loved and want to see and this list demonstrates there is an appetite for everything from small to big, subsidised to commercial in London and beyond. Congratulations to all the winners."

Read the winners in bold below.

THE EQUITY AWARD FOR SERVICES TO THEATRE
Michael Grandage