REVIEW: Goldilocks and the Three Bears at Birmingham Hippodrome

After what seems like an eternity, pantomime is well and truly back on the map in Birmingham with what can only be described as the biggest and best show the city has ever seen. 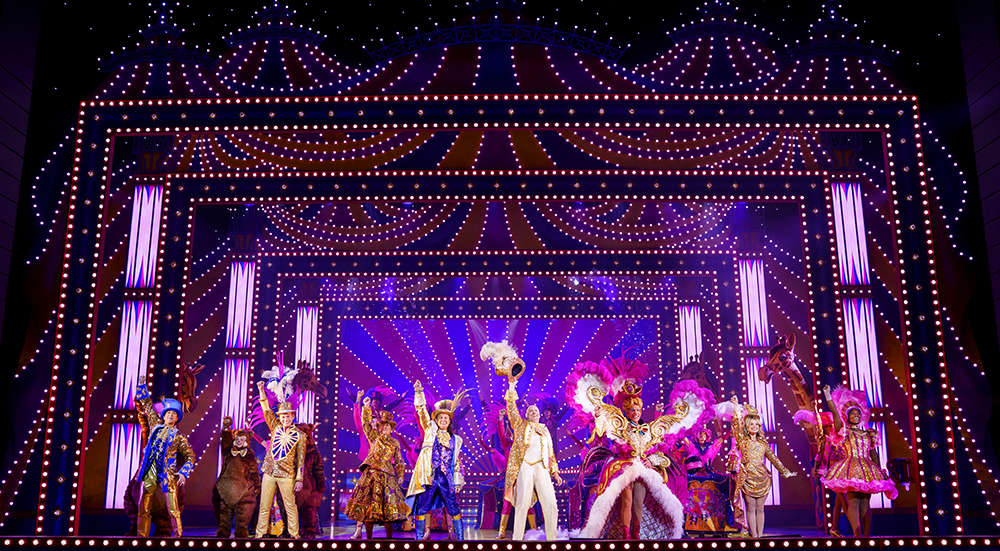 Goldilocks and the Three Bears brings the magic of the 2019 London Palladium production to the second city and, to say the audience was overwhelmed is an understatement.

Every year I've been to see the Hippodrome panto, the atmosphere has been electric and for good reason. That was matched tonight with an audience who have been waiting for this moment for two years after the 2020 show was postponed by the pandemic.

What was immediately evident was the sheer scale of this production. We constantly hear from the team at Crossroads Pantomimes that their shows are 'more like full scale West End musicals' and never has that statement been more true. The costumes are lavish, the set is spectacular and the production values are second-to-none which left the entire audience (and specifically the younger generations) in awe at the spectacle before them.

It's pertinent to address the elephant in the room right at the start. We all know the story of Goldilocks and the Three Bears and are more than aware that it's incredibly simplistic plot doesn't really lend itself to a two-hour stage show! This production is, by its own admission, a variety show based around a circus theme. We see Betty Barnum's circus in all its glory with song and dance routines, daredevil bikers, high wire performers and brilliant magic; and the audience lap it up with thunderous applause. There's no (or very few!) cloth backdrops and pantomime cow's on stage; this is a multi-million pound show of epic proportion.

Jason Donovan makes his pantomime debut as the evil ringmaster, Count Ramsay of Erinsborough who is determined to have the only circus in town. Considering this was the first time Donovan had stepped foot on stage in such a traditional British show, I don't think anybody would have questioned it if we'd been told it was his tenth or fifteenth consecutive year, such was the quality of the performance. 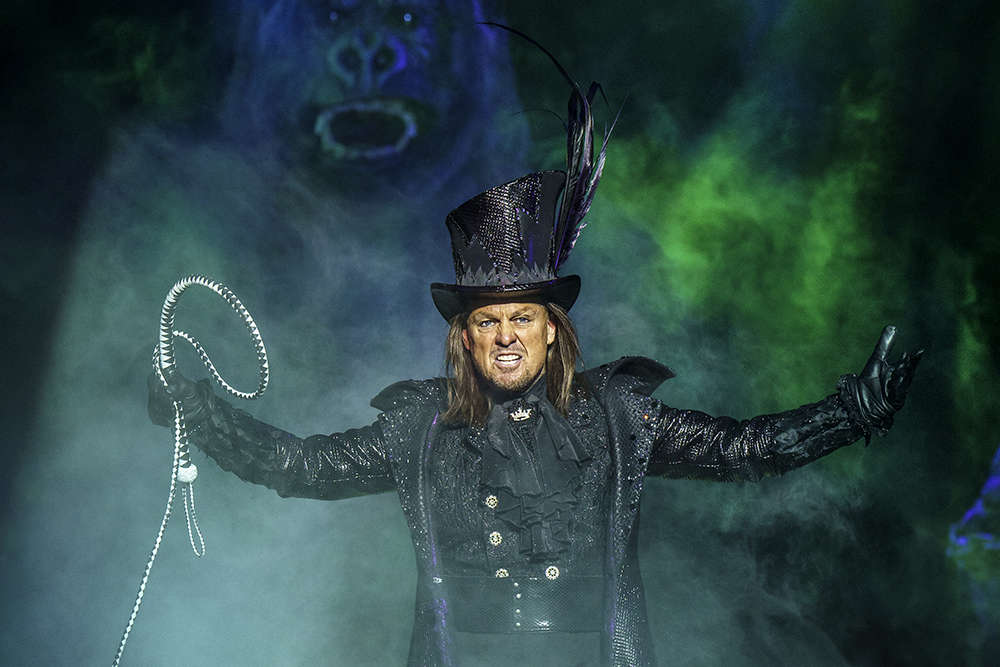 Alongside Jason was the man who tends to be cast in Hippodrome pantomime's before it's even been decided what the show will be - Matt Slack, who returns for his eighth consecutive year! He's an adopted Brummie treasure and his camaraderie with Donovan is evident. There's something about Matt that's both loveable and side-splittingly funny. He's fast, witty and the perfect foil for others to bounce off. Interacting with the audience like a seasoned pro, I feel like you could cut Slack in two and 'pantomime' would be written straight through the middle.

Doreen Tipton is saving face for the Black Country, bringing her own brand of 'energy' (or lack of!) to proceedings. Not letting her diagnosis of Lazy Cow Syndrome get her down, Doreen takes on the role of the Lazy Lion Tamer and puts a smile on the faces of the audience with her deadpan delivery.

Alongside the ridiculously energetic Andrew Ryan as Betty Barnum, who has the most outstanding collection of dresses including a scale replica of her big top (ooo err!) the contrast between the styles is perfect.

Wolverhampton-born Samantha Dorrance is a solid piece of casting as Goldilocks alongside Birmingham's own Alexia McIntosh as Candy Floss. If anything, I almost feel both of these ladies - especially McIntosh who's not long finished a West End run as Anne of Cleves in SIX the Musical - were underused. Both have gorgeous singing voices and it'd be great to hear more of them.

Special mention should also go to the production teams who, once again, delivered the magic - and not just for the children. The 'animals' on stage tonight were simply outstanding and ranged from giraffe necks for actors to an oversized gorilla and an elephant which literally FILLED the Hippodrome stage and reached out into the audience. The looks of amazement were clear and the atmosphere in the auditorium was palpable. 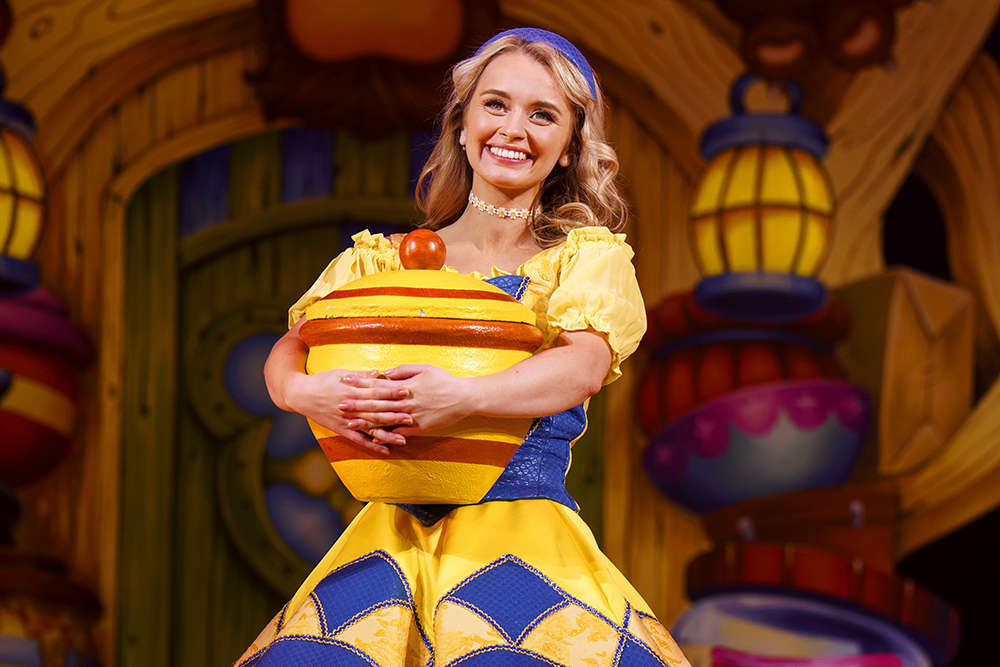 What Goldilocks really provides is two hours of pure escapism. Evidenced by Slack's honest speech to the audience, there were (and are) moments where one false move can bring a show like this to its knees. Half of the West End is closed and so many theatres are having to stop performances of Christmas production until the new year. Touch wood, this show has so far escaped that and with a renewed appreciation for the fragility of live theatre at the moment, the audience responded in the only way they know how - a loud, proud standing ovation following the final bows.

If you feel ready to venture back into the auditorium, you'd be more than welcome in a covid-secure, sanitised and safe space and to a show that you won't be able to stop grinning at. The Hippodrome knows how to do world class panto and Goldilocks is an exceptional case in point. 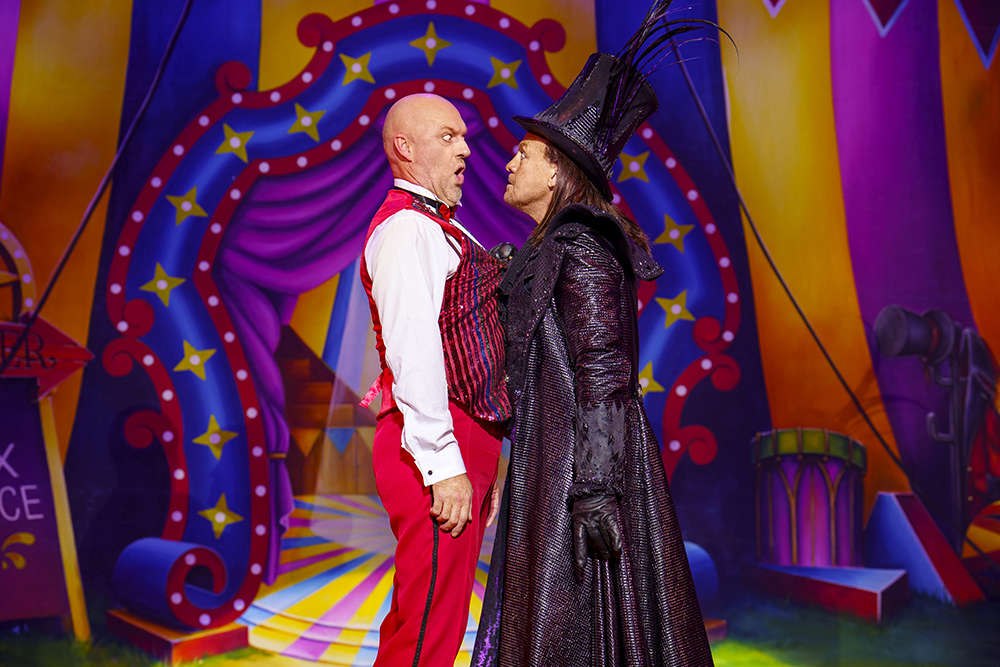