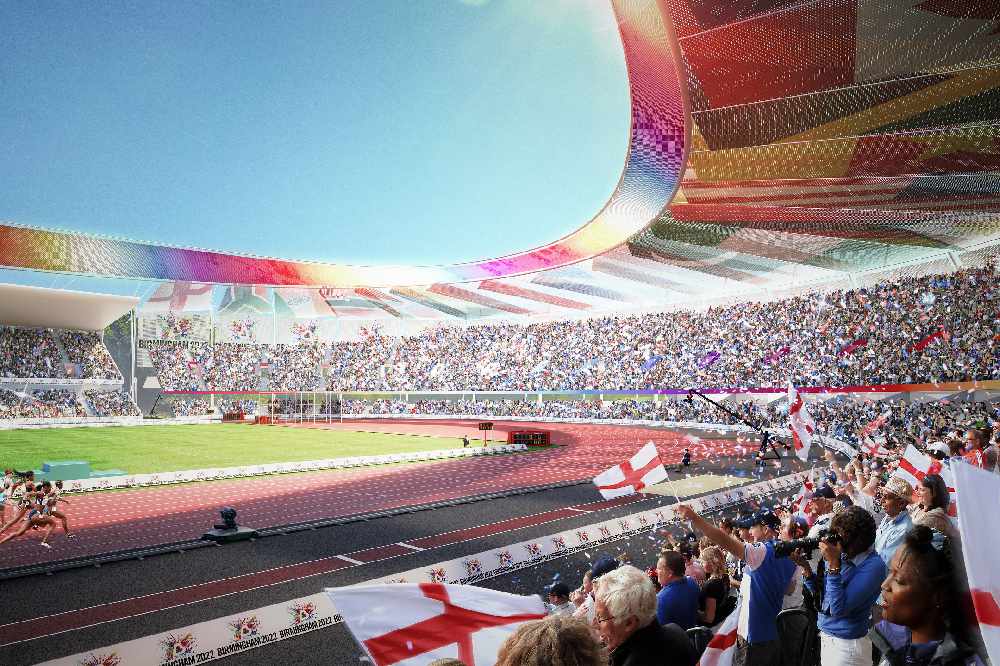 Birmingham and the West Midlands region will benefit from a £778 million investment to stage the 2022 Commonwealth Games, the government has confirmed.

The public funding, which includes contingency, will be split approximately 75% / 25% between investment from central government (£594 million) and Birmingham City Council and a number of its key partners (£184 million).

This investment will deliver significant benefits for Birmingham, the West Midlands and the UK long after the 11 days of sport in 2022 are over.

Birmingham 2022 will open up a wealth of opportunities, including business and trade, cultural engagement, volunteering, physical activity, jobs and skills, education and tourism.

Over 1 million tickets will be made available for spectators from across the UK and around the world.Additional commercial revenue will be raised by the Birmingham 2022 Organising Committee and Commonwealth Games Federation Partnerships through ticket sales, sponsorship, merchandising and the sale of broadcast rights.

Regular financial updates on the budget will be provided in the lead up to the Games.

The Birmingham 2022 Organising Committee will also lay its accounts before Parliament in the usual manner for government arm’s length bodies.

“The Birmingham 2022 Commonwealth Games will be the biggest sporting and cultural event ever held in the city. Watched by one and a half billion people worldwide, this is a massive opportunity to showcase the best that Birmingham, the West Midlands and the whole UK has to offer.

“The Games budget is a significant investment in Birmingham and the region that will deliver benefits to local people for years to come. It will increase participation and encourage more people to get active and stay active, and to volunteer to be part of this fantastic event 10 years on from London 2012.”

“The £778 million of public funding confirmed today not only covers our costs for delivering the Games but a portion of this money will be invested in a couple of our key venues, covering some of the costs relating to the redevelopment of the Alexander Stadium and the building of the brand new Sandwell Aquatics Centre.

“These projects and others, which will receive additional and accelerated funding because of the Games, will benefit the city and the region long after our closing ceremony on 7 August 2022.

“We are working closely with our partners, especially the Commonwealth Games Federation, to ensure that wherever possible we are reducing the cost of staging a Commonwealth Games and we’re committed to delivering this event on budget. We’ll provide regular financial updates over the next three years, so that our progress can be tracked.

“Having our budget confirmed is a key milestone for us and we can now look forward to delivering a fantastic Games for the people of Birmingham, the West Midlands and the country.”

Birmingham 2022 will open up a wealth of opportunities for people across the West Midlands region and the UK, including cultural engagement, business and trade, volunteering, physical activity, jobs and skills, education and tourism.

With an estimated global audience of 1.5 billion, Birmingham 2022 offers a unique opportunity to harness the power of sport and cultural activities to boost the West Midlands region and to promote Global Britain across the Commonwealth as we leave the EU.

The evidence from previous host cities demonstrates the significant benefits of staging the Games. Gold Coast 2018 Games is expected to have delivered a £1.3 billion boost to the Queensland economy.

The economic benefits from the Games will include new employment and improved skills, investment and export opportunities and increased tourism.

The Games provides an important opportunity for local and regional suppliers and the Games partners are already working with businesses across the West Midlands to ensure that they make the most of this. On the Gold Coast, 84% of contracts were won by local or regional businesses and in Glasgow, 76% of the total value of contracts awarded went to Glaswegian or Scottish companies.

To ensure that local companies start to capitalise on the opportunities that the Birmingham 2022 Commonwealth Games present, briefings for hundreds of businesses have already taken place and more are planned in the run up to the Games.