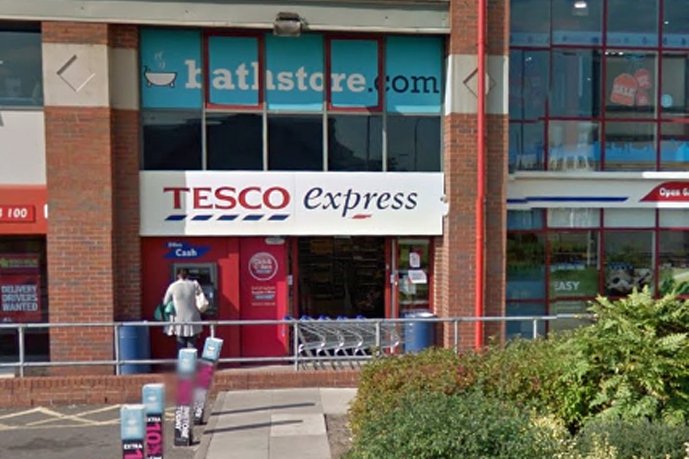 The arrests took place after West Midlands Police traced their getaway car to an address in Stourbridge.

Officers were alerted to a robbery at Tesco Express in Platts Road, Amblecote, just before 10.30pm where it’s believed a cashier was threatened with a firearm concealed inside a bag. It’s understood the same masked men struck minutes earlier at a Co-Op store in The Broadway, Norton. A quantity of cash was taken from both locations.

A quick-thinking witness noted down the getaway car’s registration plate after the Tesco robbery – and that detail led armed officers to contain an address in Bedcote Place where the vehicle pulled up at around 11pm.

The driver, a 27-year-old man, was arrested from the car while a 25-year-old man was also detained nearby; a cash till and clothing were recovered from the vehicle. Both are currently being held in police custody on suspicion of robbery. Dudley Police Detective Sergeant Kerrie Scriven, said:

“We had the men in custody just 30 minutes after the robberies being reported to us. That’s thanks largely to the swift actions of a witness who took down the getaway car’s details.

“No-one was injured at either store but understandably staff who came face-to-face with these men, and were threatened, have been left badly shaken.”

Anyone who witnessed the attacks or has information about them is asked to call the Investigation Team at Dudley Police on 101.