Burglar facing life in jail for murder of Halesowen pensioner 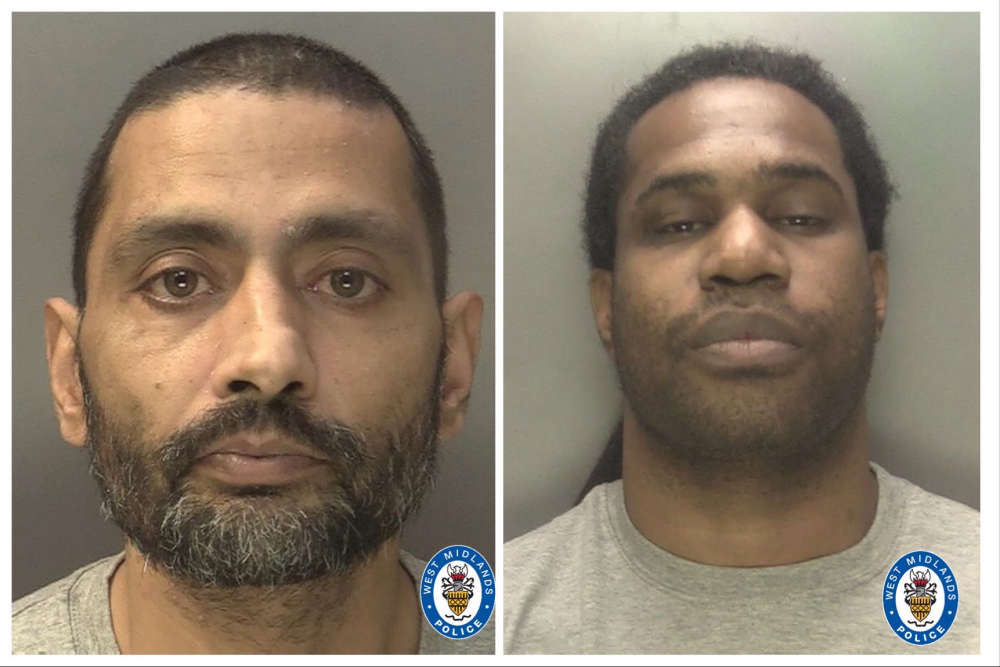 A burglar who tied up a pensioner and left him for dead before going on a £550 spending spree with his stolen cash card has been found guilty of his murder.

David Varlow’s body was found by police at his home on Manor Lane in Halesowen after his brother and neighbours raised concerns that they had not seen him recently. His house had been ransacked, and the 78-year-old had been tied to a chair with a telephone cable.

A major investigation revealed how Adris Mohammed had targeted Mr Varlow three times in all. On 24 October, Mr Varlow phoned 999 when he heard glass smashing at his property at around 10:30pm. When he turned a light on, he heard the burglar run away.

Officers went to the scene and carried out house to house enquiries, but there was no CCTV or other evidence and so Mohammed was never a suspect.

Then, Mohammed returned at around 5:20am on 3 November. He broke in through a window, left Mr Varlow tied up with a phone cable and made off with his bank card. Mr Varlow died from a heart attack brought on by the stress of his ordeal.

Incredibly, Mohammed returned to Mr Varlow’s home at around midnight on 11 November with a second man, O’Shea Swan. The pair would have seen the victim was dead, however they untied him and stole a second bank card.

Mr Varlow believed to have been dead for some weeks by the time he was found on 15 November last year when, in all, more than £8,000 was spent using his stolen cards. Det Insp Ranj Sangha, who led the investigation, said:

“Mr Varlow suffered an appalling ordeal, being tied up and essentially left for dead by a man who’s only interest was to steal from him. We believe that Mohammed returned to Mr Varlow’s house for a third and final time, knowing that he was either still tied up or dead.

“But instead of doing the right thing and calling for help, he went on to steal from him again, with Swan going along to help. Thankfully, burglaries involving this level of violence are rare, but that will come as little comfort to Mr Varlow’s family."

A major trawl of CCTV uncovered footage of Mohammed withdrawing cash minutes after the burglary which killed Mr Varlow. He was also captured on camera selling a gold bangle at Cash Convertors in Stafford.

The bangle had been bought by a friend of Mohammed’s using Mr Varlow’s card, and Mohammed wanted to turn the purchase into cash by selling it.

Mohammed was arrested when officer found his DNA on the knife, scissors and cable left at the scene, while Swan was found thanks to analysis of mobile phone data showing who Mohammed had been in contact with.

After a trial at Birmingham Crown Court, Mohammed, aged 44, from Icknield Port Road, Birmingham, was found guilty of the attempted burglary at Mr Varlow’s home on 24 October, aggravated burglary on 3 November, murder and fraud. He was also convicted of the further burglary on 11 November.

Swan, 42, of Winson Green Road, was convicted of the 11 November burglary and fraud. They will be sentenced next week. A spokesperson for Mr Varlow’s family said:

"David was a 78-year-old disabled pensioner and much loved brother, brother in law and uncle. Words cannot adequately describe our relief that the jury have found Adris Mohammed guilty of murder, burglary and fraud. For this verdict we thank the jury, however it will not bring David back.

"Justice has been done but we will never forget nor ever forgive the man who did this terrible thing. No punishment could ever be enough for what he has done.  Nobody deserved to die alone the way David did.

"We would like to thank the residents of Halesowen who supported the police in providing witness statements and CCTV footage which were used during the trial.

"Finally, we would also like to thank West Midlands Police, in particular DC Martin Peart, our family liaison officer, DI Sangha, DS Lyons, and DC Lynn Robb, along with all the other officers that were involved in this highly complex murder investigation.

"Many officers, analysts, and specialists have spent hundreds of hours since November 2021 working to prepare the case for trial and for this we are truly grateful. We will be forever appreciative of the kindness and support that all officers have provided to the family over the last six months.

"We miss David every day and whilst geography kept us apart, he will always be a special part of our family and will forever hold a place in our hearts."

Now Playing
Use Somebody Kings Of Leon
Recently Played