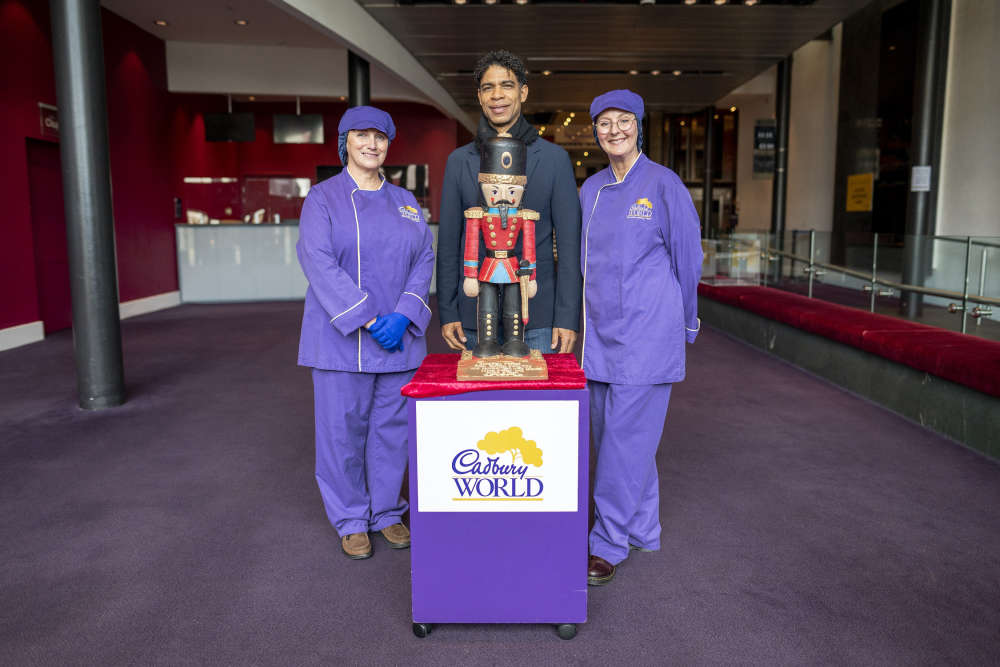 Carlos Acosta and Cadbury World’s chocolatiers have revealed a Nutcracker-themed chocolate masterpiece, to mark the return of The Nutcracker in Birmingham this week.

Produced by Dawn Jenks and Donna Oluban over two days, the festive creation weighs around 7kg – the equivalent of 155 of standard bars of Cadbury Dairy Milk.

The Bournville-based attraction’s talented chocolatiers worked with solid milk chocolate to shape the Nutcracker’s figure, which stands at an incredible 70cm tall. Black coloured cocoa butter was used to produce his hat, hair, moustache, beard, shoes, as well as his belt and trousers.

Dawn and Donna created the distinctive jacket by adding a layer of red and blue cocoa butter onto his upper body. The chocolatiers dusted the jacket fringes and buttons with edible gold glitter, before adding gold lustre to the sword to create a final flourish. The nutcracker’s face was also hand-painted with liquid cocoa butter to produce his skin tone and features.

The creation was produced in celebration of Birmingham Royal Ballet bringing Sir David Bintley’s Royal Albert Hall production of The Nutcracker to Birmingham Hippodrome this Christmas. This marks the first time this version of the iconic production has been performed outside of London.

The chocolate creation will be on display at Birmingham Hippodrome for visitors to see throughout the run of The Nutcracker, from Saturday 20th November – Saturday 11th December. Carlos Acosta, artistic director at Birmingham Royal Ballet, said:

“The Nutcracker is such a special tradition, so we’re delighted to have a hand-crafted and beautiful chocolate creation from Cadbury World on display to mark this monumental production at Birmingham Hippodrome.

"I know our audiences will love this incredible creation as well as this year’s spectacular show!”

Diane Mitchell, marketing manager at Cadbury World, added: “Our artistic chocolatiers are renowned for making magnificent creations to mark a vast variety of special occasions, and this latest masterpiece demonstrates their creativity and talent.

“We’re delighted to welcome The Nutcracker back to Birmingham and couldn’t be happier to be part of the celebrations. Our chocolate creation will be on display at Birmingham Hippodrome from 20th November – we can’t wait for everyone to see him!” 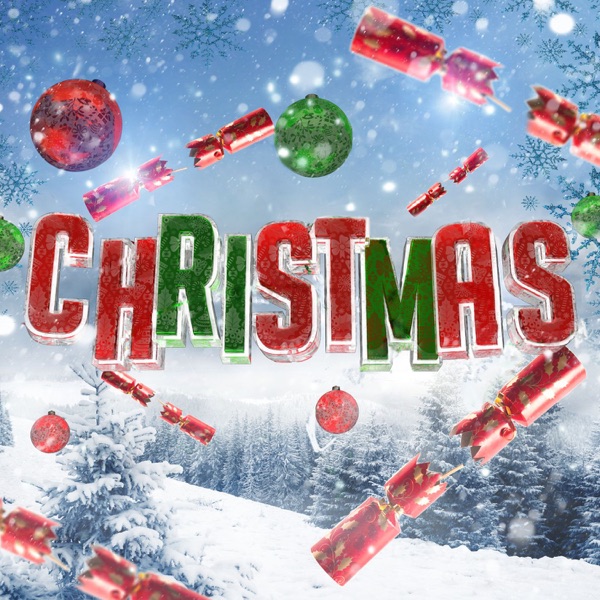