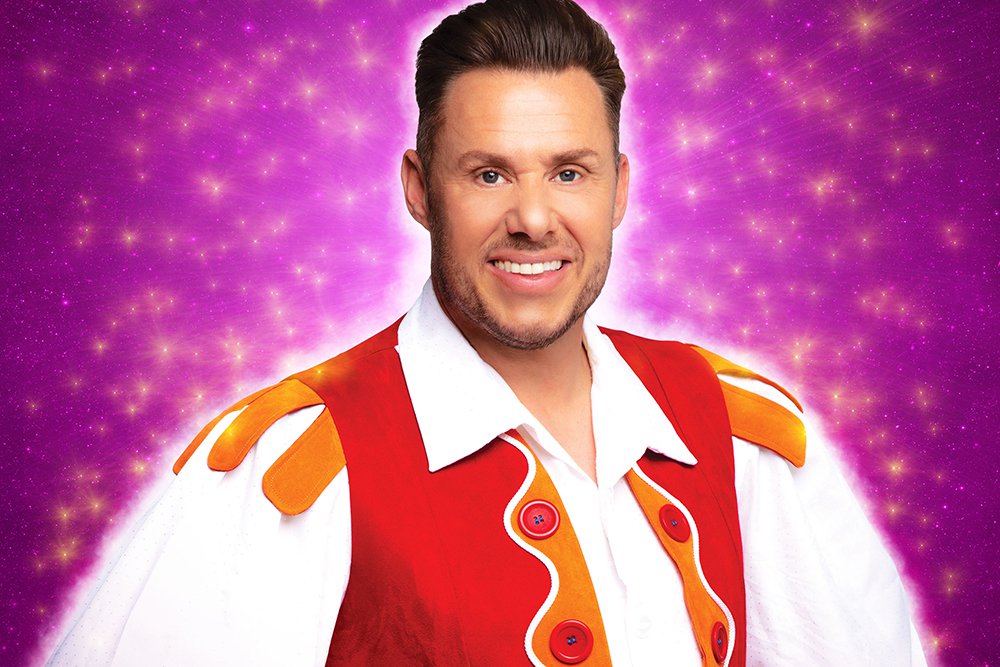 James' career to date has seen him perform at venues including the Hammersmith Apollo, Birmingham Symphony Hall, and many more since he broke into ‘the business’ as a greencoat at Warner’s 30 years ago.

He has since appeared in theatre tours supporting George Best, Joe Calzaghe, Eric Cantona and Joe Pasquale and has appeared on the small screen on shows including Friday Night With Jonathan Ross, The Big Breakfast and Only Fools & Horses.

Aaron has worked closely with local legend, and Grand Theatre Ambassador, Steve Bull for many years and won the hearts of Wolverhampton locals as the host of the theatre’s 125th Anniversary Gala Dinner in February. The dinner was an event that launched a year of celebration for the Grand, which will conclude with a Gala performance of Dick Whittington on the theatre’s official 125th birthday – Tuesday 10th December.

“I am delighted that Aaron is the next addition to our exciting cast line up for Dick Whittington. He proved very popular with the Wolverhampton audience earlier this year and I know that his charm, quick-wit and first-rate impressions will lend themselves perfectly to pantomime.”

Dick Whittington is set to be another action-packed panto full of laughter, music and eye-popping special effects that audiences have come to expect of a Grand Theatre production, staged alongside long-time partners, Qdos Entertainment.