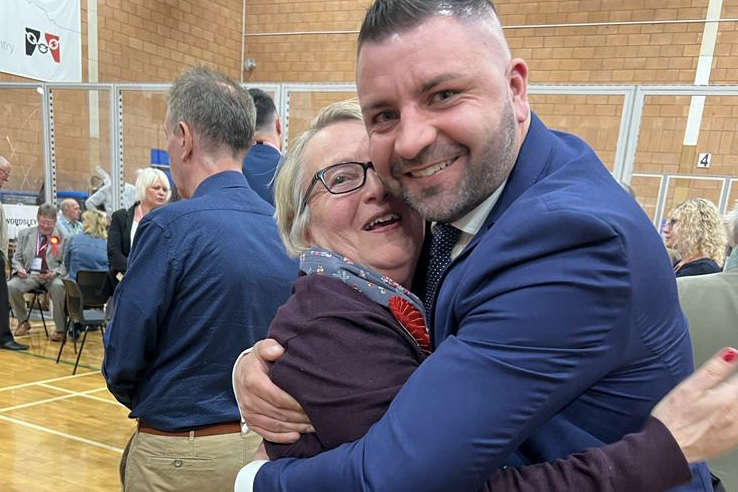 The Conservative group have retained control of Dudley Council, however Labour gained councillors in three wards across the borough.

Former Deputy Mayor of Dudley, Hilary Bills was elected in Halesowen North having lost her previous seat to the Conservative Party last year.

However in possibly the biggest shock of the evening, long-standing councillor and cabinet member for Health and Adult Social Care, Nicolas Barlow, has lost his seat to the Labour Party. Cat Eccles will replace him with a majority of 329. Cat said:

“To finally get there in the end is quite something, I’m really pleased.

“I’m still going to continue with all of the hard work I’ve started, nothing will change there, I’m just pleased it’s official now.

“I want to see Stourbridge reach its full potential. There’s work to do there and I’d love to see it improve.”

The Conservatives only gain of the night was in St James’s ward where Sara Bothul defeated Kurshid Ahmed with a majority of just seven votes over Kurshid Ahmed.

In Sandwell, Labour have retained control of the council and gained three further seats from the Conservatives in Great Bridge, Rowley and Greets Green and Lyng. The Conservatives took two seats themselves, in Charlemont with Grove Vale and Princes End.

Wolverhampton Council see’s no power shift either with one Conservative Gain and one Labour gain.

The same was mirrored across the country where Labour gained a total of 38 councillors and the Conservatives have lost 124. The night saw Labour take control of three significant authorities including Wandsworth, Barnet and Westminster, for the first time ever.