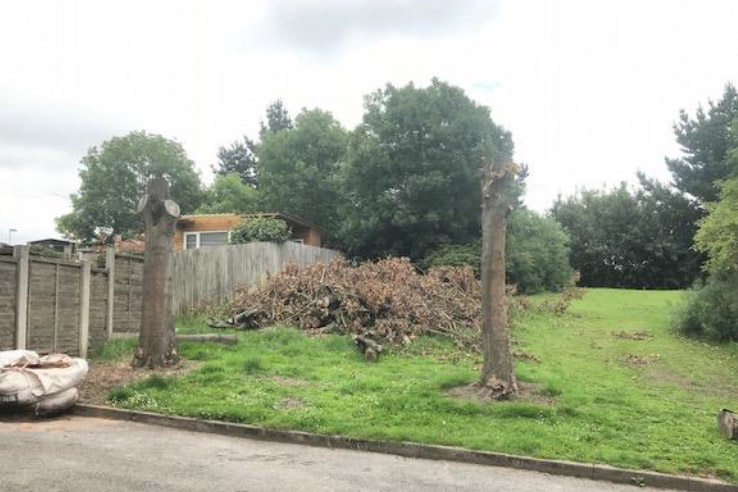 Council bosses have appealed for information after a number of trees were chopped down in the borough.

Officers received reports last month of a 12-foot high pile of brash in Wealdstone Drive, Lower Gornal, with ward councillors concerned it could be a fire hazard. The brash was the remnants of two large trees next to number 15 Wealdstone Drive - just half of the trunks now remain there.

Residents in the road have been spoken to and the police have been informed, but the perpetrators are yet to be identified.

Earlier this month a number of trees on the Fens Pool Nature Reserve were also cut down – and debris left behind – to the rear of homes in Fens Crescent in Brierley Hill. Councillor Karen Shakespeare, cabinet member for environmental, highways and street services, said:

"This is wanton vandalism and a criminal offence, and we are determined to catch the people responsible. I would urge anyone with information on either case to contact the council or the police.

"Not only is it unacceptable to chop down trees, but the person or people responsible in both cases left a huge mess behind for the council to clean up which, while it was in place, was a big fire hazard."