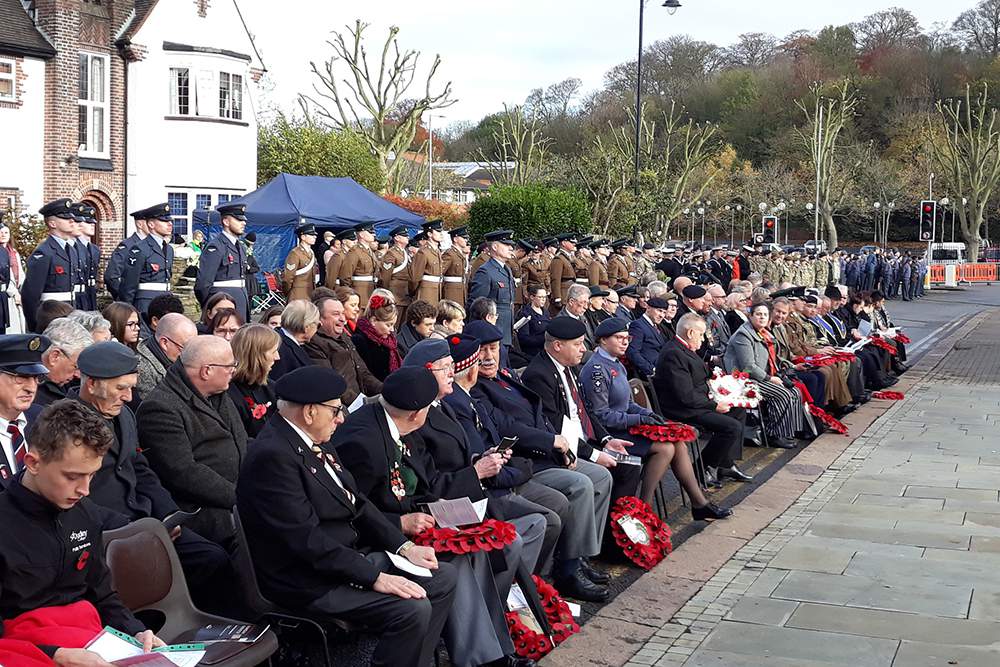 Thousands of people turned out in Dudley yesterday and fell silent to remember those who gave their lives fighting for our freedom.

Current and ex-servicemen and women and reservists, along with community groups, paraded through the town centre before the annual service at the Cenotaph in Coronation Gardens and two-minute silence. Councillor David Stanley, Mayor of Dudley said:

"It was wonderful to see such a great turnout as we remembered those who fought for our freedom. It was a privilege to be part of the commemorations and I’d like to thank everyone who came along today to show their support and pay their respects.

"It’s so important to remember the sacrifices made by so many, but we’ve also had time to think about all those who continue to serve in our armed forces today."

The service starts at 10.50am and includes the laying of wreaths and a two minute silence.

Priory Street will be closed on the morning and alternative routes will be signposted throughout the closures from 8am to 1pm.