Festival of Imagination celebrates huge success with over 15,000 taking part 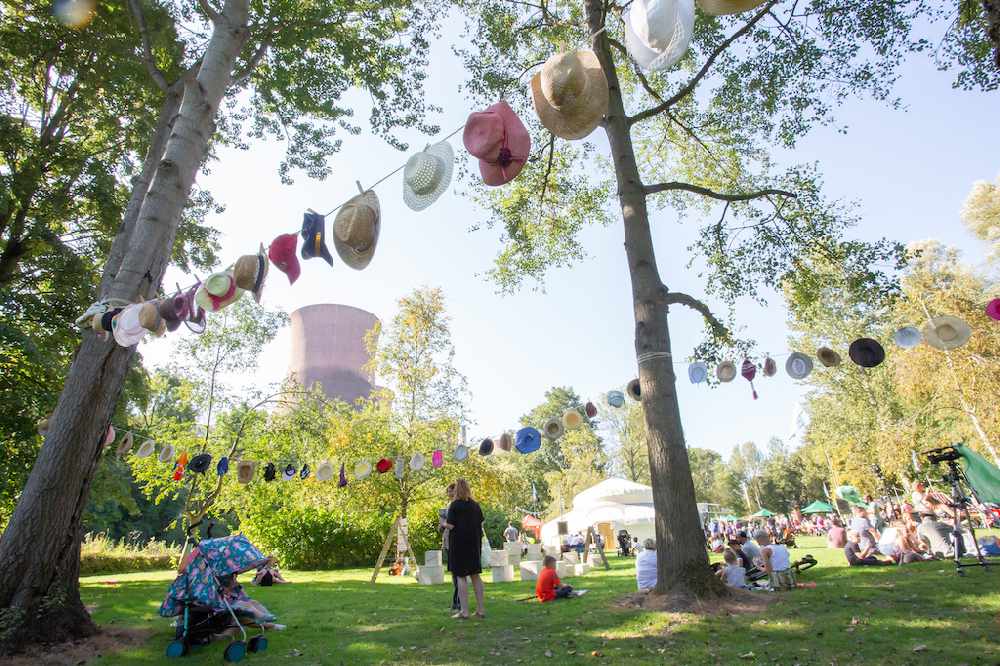 About 15,000 people visited and enjoyed what Ironbridge Gorge has to offer during The Festival of Imagination, making the two week celebration a roaring success.

The festival, which ran from September 14 to 29, perfectly celebrated the story of the Gorge with a fiesta of film, poetry, arts, heritage crafts, live music, exhibitions, food and drink and exceptional lighting displays of the Iron Bridge and cooling tower.

The festival hub, which consisted of a large yurt for performances and screenings, an outside area with a bus bar and relaxation space, was a hive of activity during the two weeks with locals and visitors from further afield flocking to see what was going on. Throughout the fortnight, hundreds attended poetry performances, special film screenings as part of Telford Film Festival and the Gorge Film Club, workshops run by Secret Severn Art Trail and over 80 miles of walks throughout the Gorge.

The Ironbridge Open Day on September 21 was a true celebration of the Gorge community and businesses, with over 7,000 people coming along to enjoy street entertainment in the centre of Ironbridge, food, drink, numerous heritage crafts and activities down at the festival hub in Dale End Park.

They also witnessed a moment of history as one of the iconic Ironbridge cooling towers was lit up in different colours one last time before demolition, alongside the Iron Bridge itself which  was also splashed in a spectrum of colours.

During the festival, over 1,100 people attended dedicated exhibitions organised by the Heritage Crafts Association, where they had the opportunity to learn more about heritage crafts from the Ironbridge area which are at risk of becoming extinct, such as embroidery, ceramics making, bicycle making and coracle making.

Gorge residents, crafts people, businesses, volunteers and local groups contributed to the success of the festival, with their own events, film screenings and exhibitions. The festival was organised by Telford and Wrekin Council with funding from Arts Council England’s Cultural Destinations Tourism Fund. Councillor Carolyn Healy, Telford & Wrekin Council’s cabinet member for Visitor Economy and The World Heritage Site said:

“It has been amazing to see Ironbridge Gorge residents and visitors from Telford, Shropshire and beyond come to the Gorge and be able to see everything the area has to offer.

“The Ironbridge Gorge is the only UNESCO World Heritage Site in the West Midlands, but too often people think that starts and ends with the Iron Bridge. As remarkable and important it is, through the Festival of Imagination we have been able to provide a fully immersive experience, where visitors have been transported both emotionally and physically along the rich expanse of the whole Gorge.

“We have been able to show people that the Gorge is an exciting and innovative area that historically had a massive impact on the world, is still a centre of activity at present and could play a huge part in shaping the world again in the future.

“The Gorge is a unique place, with unique people, and this festival has allowed us to spread that word. The Festival of Imagination will have a positive effect on the area for many years to come.”