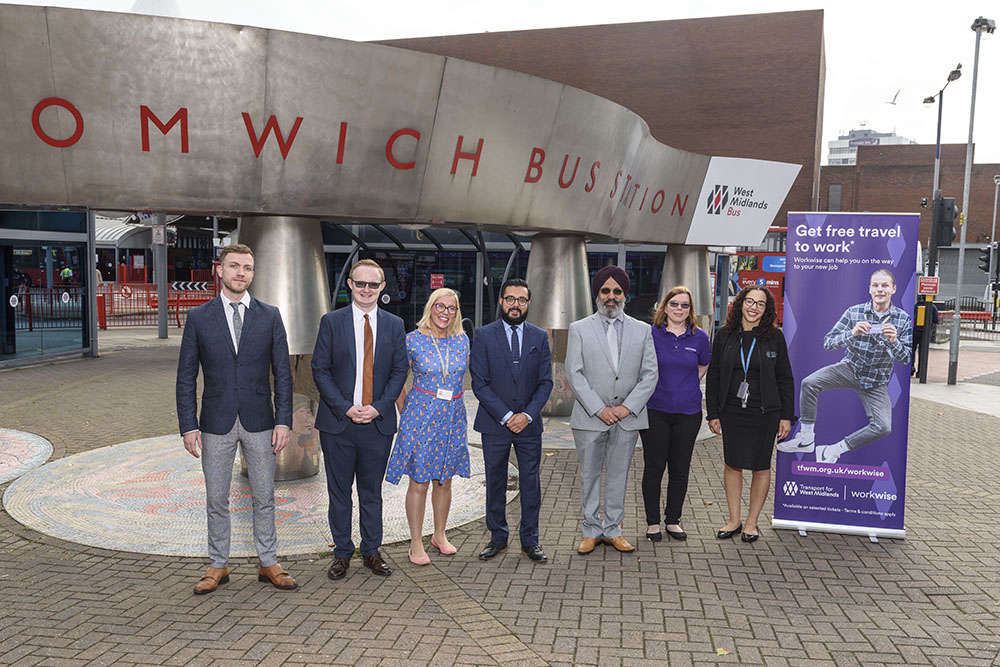 Residents in the West Midlands who have just gained a new job could benefit from free bus, tram and rail travel to work.

Transport for West Midlands has teamed up with local transport operators to offer two four-week tickets free, then a third four-week ticket at a 50% discount from the standard price on selected bus, tram and nnetwork travel passes through the Workwise scheme. The scheme is aimed at giving newly employed people a helping hand into work.

Previously, Workwise offered half-price travel for three months on selected West Midlands travel passes, and TfWM, which is part of the West Midlands Combined Authority, and its partners have now launched a new offer to help more people into work.

The former scheme had supported nearly 4,900 people over the past four years and in a recent TfWM survey, almost half of those who responded said they wouldn’t have been able to take up their new job without help with their travel costs. Matthew Savin, aged 22, from Oldbury, has recently joined the WMCA as a service desk support apprentice. He said:

“The Workwise offer has helped me to get cheaper access to transport links, which allowed me to kickstart my new apprenticeship. I was unemployed for almost six months and the scheme has given me much-needed travel support, making it easier for me to get to work.

"I’m really looking forward to my new job and the future is bright.”

Anyone paying an adult fare who lives or works in Birmingham, Coventry, Dudley, Sandwell, Solihull, Walsall or Wolverhampton, and who started a new job after being unemployed, could be eligible to apply for Workwise. Apprentices and those who are increasing their weekly hours to 16 or more in their current job could also benefit from the scheme.

If you’d like to find out more about how Workwise could help you or a friend or relative move into work, visit tfwm.org.uk.