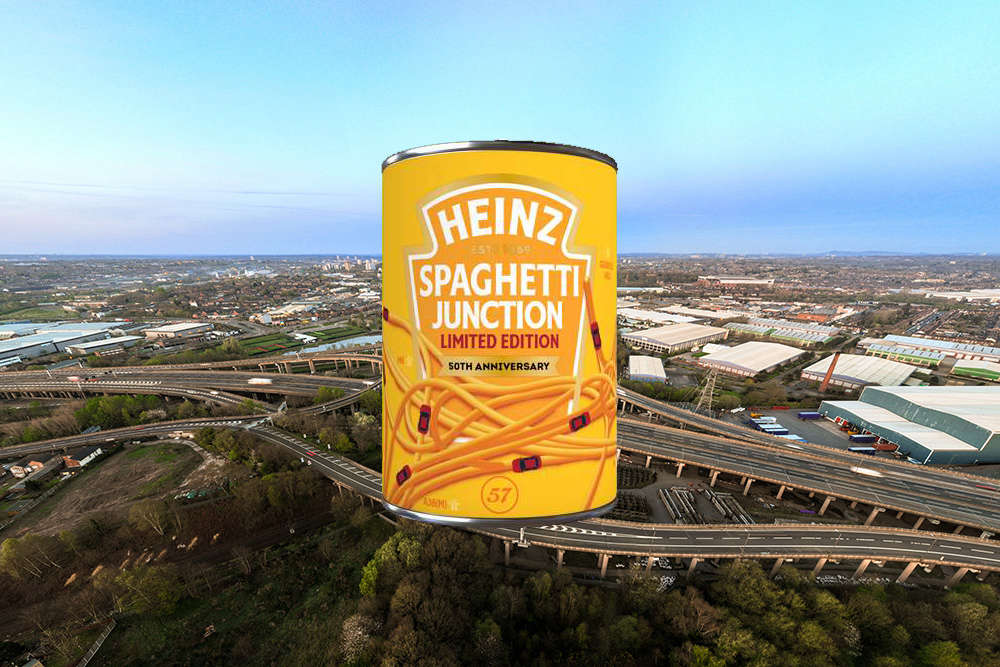 The famed motorway system, which opened on May 24th 1972 and connects the north with the south, is renowned for its complex web of elevated roads, and was quickly coined ‘Spaghetti Junction’ due to its tangle of motorway, which the Birmingham Evening Mail described as a “cross between a plate of spaghetti and an unsuccessful attempt at a Staffordshire knot”.

“At Heinz Pasta, we love to bring smiles to mealtimes and when we heard it was the 50th anniversary of Spaghetti Junction this year, we couldn’t resist designing this playful limited edition can to celebrate.

"We think that Spaghetti Junction is as iconic as our very own tinned spaghetti, so it was only right that they joined forces on such a special anniversary.

"We expect our limited edition cans of Heinz Spaghetti Junction to sell out, so be sure to log onto Heinz to Home on the 23rd of May to grab one while you can”

"It goes to show the enduring appeal of the road 50 years on since it first opened to traffic.

"The structure is a real feat of engineering and it’s an iconic part of England’s motorway network which from the moment it first opened, really captured the imagination of the public and motorists.

"At National Highways we’re proud to maintain and look after the structure for the 220,000 vehicles that use the road every day and here’s to the next 50 years of Spaghetti Junction.”