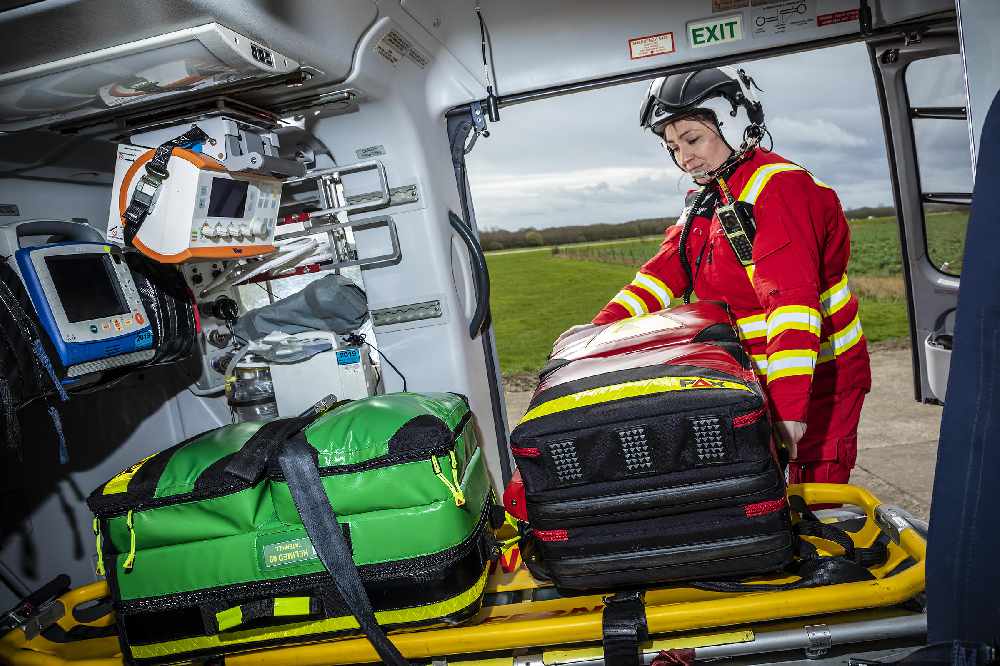 To support advanced patient care in the region, Midlands Air Ambulance Charity has unveiled new medical equipment kit bags funded by the HELP Appeal, which are proving to aid clinicians on scene.

The charity is dedicated to continuously improving specialist pre-hospital emergency care and recognised a more effective way of carrying equipment, medical supplies and drugs could be established. Therefore, new bespoke bag colour-coded areas for easy access of kit and medicines by the flight doctors and paramedics and those assisting on scene, such as the ambulance service.

“Previously the kit bags were bulky and cumbersome. Plus, due to wear and tear would only last up to six months before needing to be replaced. They were also difficult to fix into place in the helicopters, so a solution was required.

“The new streamlined bags are being used up to ten times a day and are proving to further aid the delivery of advanced urgent medical care to patients due to the easy access pouches for medicines and equipment.”

Collectively, across all Midlands Air Ambulance Charity’s vehicles, the bags cost £22,000, which was generously funded by a grant from the HELP Appeal. Robert Bertram, chief executive of the HELP Appeal, said:

“The HELP Appeal is about saving time wherever possible, whether that is funding lifesaving hospital helipads all over the country or funding kit bags which allow doctors to have much quicker access to lifesaving medicine and kit.

"If we can shave vital minutes off the time it takes to treat a critically ill patient, this could help to save their life.”