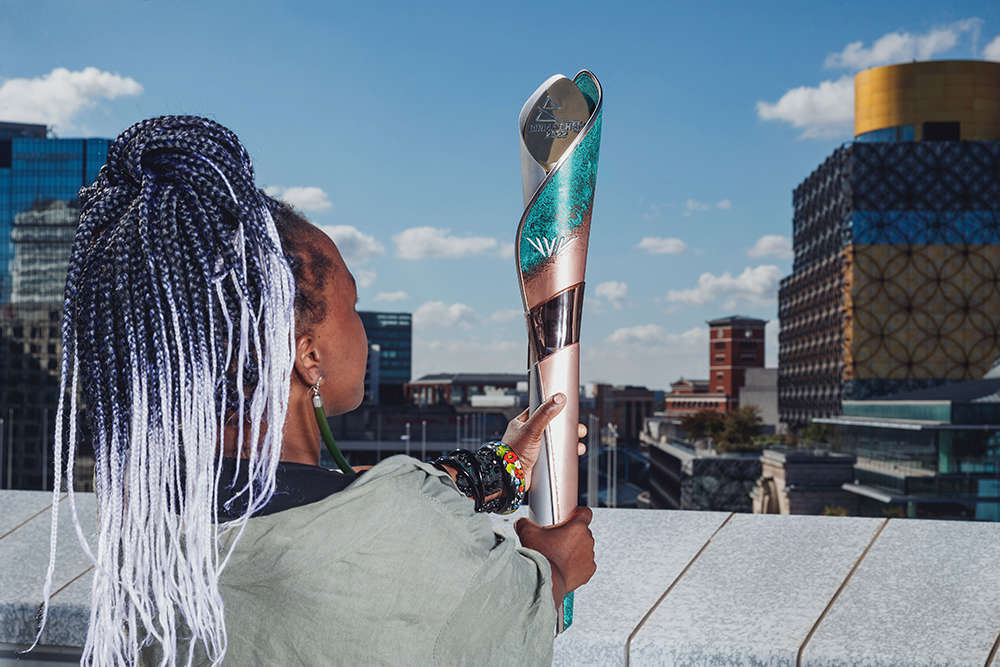 The Birmingham 2022 Commonwealth Games has unveiled the design of The Queen’s Baton and details of the international route for the 16th official Queen’s Baton Relay.

The Queen’s Baton Relay is a Games tradition that celebrates, connects and excites communities from across Commonwealth during the build up to the Games.

The Relay begins on 7 October 2021 at Buckingham Palace, where Her Majesty Queen Elizabeth II will place Her message to the Commonwealth into the Baton. The Baton then takes on an incredible 294-day journey through all nations and territories of the Commonwealth, arriving back in England in July 2022.

The Baton was conceived in an innovative West Midlands collaboration that fuses art, technology, and science. Product designers and engineers Raymont-Osman Product Design, design and development specialists Kajul, both based in rural Warwickshire, along with Coventry-based MAOKWO, headed up by artist Laura Nyahuye, each injected their creativity and expertise into the Baton.

The technology within the Baton is the work of BOM (Birmingham Open Media), a leading centre for art, technology and science in central Birmingham, dedicated to ‘creative innovation with purpose’.

The Baton champions the individuality in humanity and celebrates bringing people together. It embodies the idea that every individual has distinctive lived experiences that are threaded together and woven into a collective tapestry of cultures. The Baton form is entwined with unique components and displays connectivity to represent the power of collaboration.

The shape of the Baton moves away from the traditional shape seen in previous editions of The Queen’s Baton. With Birmingham 2022 making history by being the first major multi-sport event to award more medals to women than men, the strength and fortitude of women across the Commonwealth is celebrated throughout the design of the Baton.

Lining the length of the Baton is a platinum strand, paying homage to The Queen in her Platinum Jubilee year, as well as celebrating her role as the Head of the Commonwealth.

To represent the bronze, silver and gold medals that athletes will be competing for, the Baton has been cast using accessible, non-precious metals of copper, aluminium and brass. By using aluminium forged using the traditional method of lost wax casting in Birmingham’s Jewellery Quarter, the Baton has used the centuries of local expertise and craftsmanship that gives Birmingham its reputation as the city of a thousand trades.

Etched onto a steel plaque on the top of the Baton is the Birmingham 2022 logo, a distinctive ‘B’ shape which is a visual representation of communities across the West Midlands. The mechanised chamber sitting beneath the brass leaf plaque will be opened at the Birmingham 2022 opening ceremony to reveal The Queen’s message. 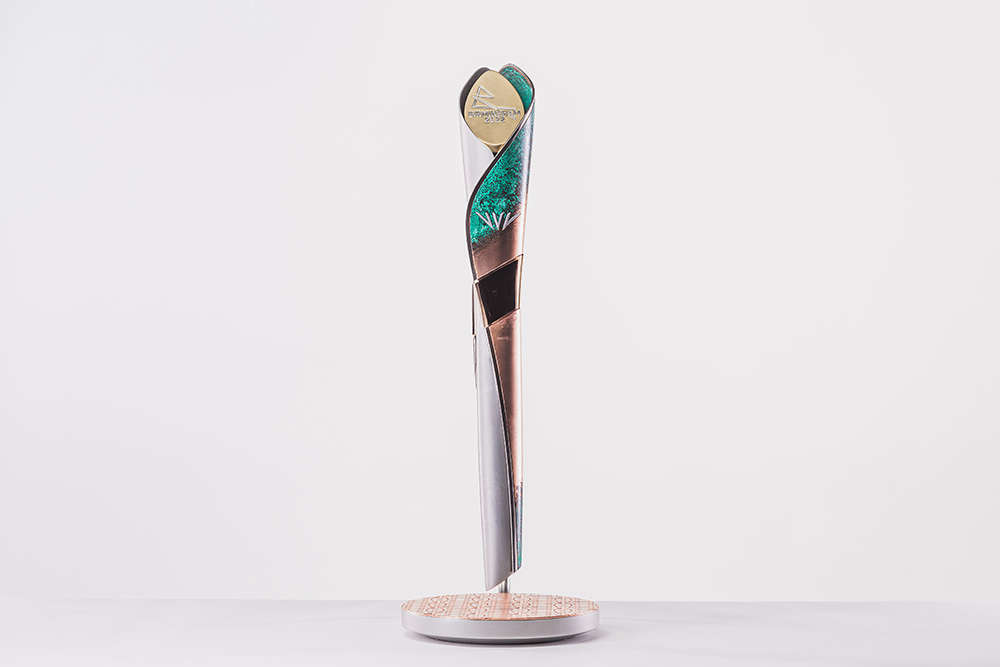 The Commonwealth Games Federation logo is also visible on the Baton, an emblem that reflects the key values of humanity, equality and destiny.

As the Baton travels on its journey and tells stories from communities, the warm copper tones of the Baton will develop a mesmerising patina, a blue-green film that forms on the material after exposure, demonstrating how it will evolve in appearance as it is passed from Batonbearer to Batonbearer.

Enhanced with cutting-edge technologies, the Baton will capture data and stories from across the Commonwealth, shining a spotlight on grassroots innovation and celebrating the people driving change within their communities. The Baton features LED lighting and a heartrate sensor that display the heartbeats of Batonbearers. The lighting also changes when two people grip the Baton during handover, celebrating collaboration and the sharing of wisdom between young and old. In a time where human contact has been limited, the Baton addresses how connections matter more than ever.

As well as an illuminated heartbeat, the Baton also has ‘lungs’, consisting of atmospheric sensors with laser technology that analyses the environmental conditions wherever it is in the world. Augmented Reality will be used to creatively visualise the data captured throughout the journey to invite more awareness of and conversations around air quality across the Commonwealth. The data will contribute to the ongoing research projects being conducted by atmospheric scientist Professor Francis Pope and his team at the University of Birmingham.

Fitted with a 360-degree camera, the Baton also has ‘eyes’, and a ‘brain’ which records and transmits imagery and digital information, allowing stories from Commonwealth communities to be told. GPS technology allows the Baton to be tracked on its travels.

The team of creators were photographed with the Baton on the balcony of the offices of PwC, the Official Supplier of Professional Advisory Services for Birmingham 2022, which overlooks the iconic Birmingham landmarks of Centenary Square and the Library of Birmingham.

The Baton will travel an epic international route, spanning an impressive 269 days, spending between two and four days in each nation or territory, covering approximately 90,000 miles (140,000 kilometres), having over 7,500 Batonbearers trusted with the once-in-a-lifetime opportunity to carry the Baton.

Over the course of the Relay, the Baton is set to spend Christmas Eve in the Seychelles, will bring in the New Year in the Maldives and plans to be in Jamaica over the Easter weekend.

Flying out from Birmingham Airport, the first stop on the Queen’s Baton Relay is Cyprus on 9 October, shortly followed by Malta. Arriving in Africa on 16 October, the Baton will take in the rich cultures of all 19 Commonwealth countries on the continent, as well as a stop on the volcanic island of Saint Helena.

After three days in Pakistan, the Baton will spend New Year’s Day in the Maldives, before visiting Sri Lanka, Bangladesh and spending four days in India between 12-15 January 2022.

The Baton will journey across Southeast Asia, visiting Singapore, Malaysia and Brunei Darussalam in January, and travelling to the Pacific Islands in February, including a visit to the smallest island in the Commonwealth, Nauru. New Zealand will host the Baton on Commonwealth Day during a visit from 12 until 15 March, before four days in Australia (17-20 March), hosts of the Gold Coast 2018 Commonwealth Games. 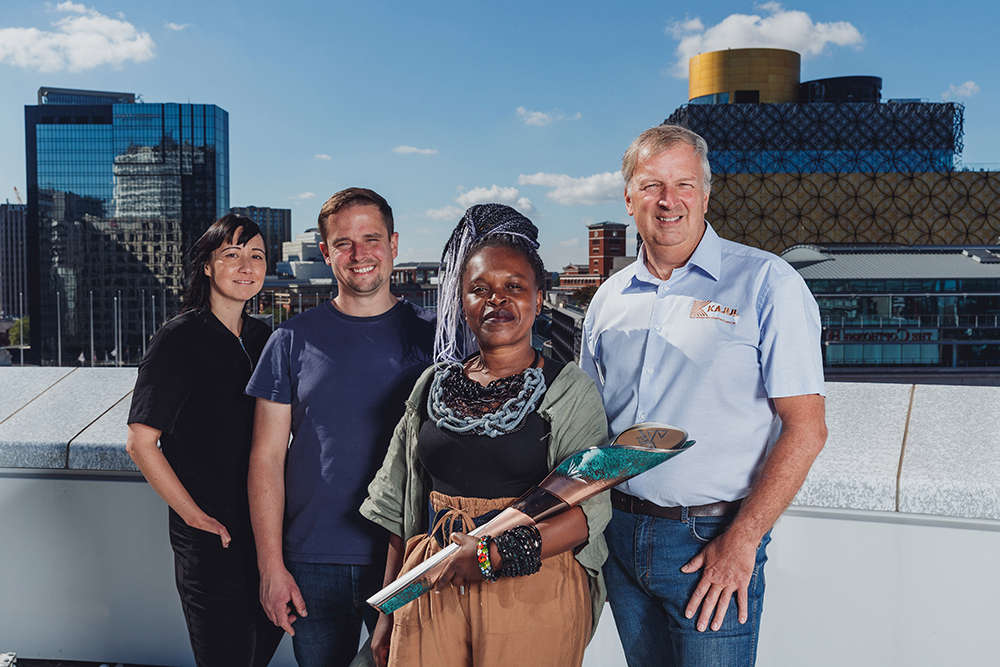 The Baton will spend two months travelling around the Caribbean and Americas, including visits to The Bahamas, Jamaica and Barbados, and reaching the islands of St. Kitts & Nevis and St. Vincent & the Grenadines. From here, the Baton will spend four days in Canada, arriving on 26 May 2022, before visiting Gibraltar.

After stopping off at the Falkland Islands, Jersey, Guernsey and the Isle of Man in first three weeks of June, the Relay will have an extended duration of five days in Scotland, four in Northern Ireland, five in Wales and 25 days covering the length and breadth of England.

During each visit, nations and territories will host events and activities that showcase untold stories from Batonbearers, athletes, and young people who are striving for change in their community, as well as showcasing a project that addresses at least one of the 17 United Nations Sustainable Development Goals.

The global journey will conclude at the Birmingham 2022 Opening Ceremony where the final Batonbearer will return the Baton to Her Majesty The Queen. Martin Green, Chief Creative Officer at Birmingham 2022, said:

“The Queen’s Baton Relay is a special tradition for the Games and a fantastic opportunity to connect the Commonwealth as we countdown to Birmingham 2022. Unveiling the Baton and its international journey is an exciting milestone for us, as we’re just days away from the official launch of the Relay.

“The Baton is the stunning result of art, traditional craftmanship and innovative technology, all designed and made right here in the West Midlands, and I can’t wait to see it embark on its epic journey where thousands of Batonbearers will interact with it.

"It will be visiting some wonderful places before arriving back here in Birmingham for the Opening Ceremony on 28 July 2022.”

“I had the honour of being a Batonbearer for The Queen's Baton in 2014 and was part of the unveiling event as an athlete ambassador for Team England in 2018, so I know just how much excitement the Queen’s Baton Relay brings to a community.

"I absolutely love the design of the Baton and I’m so proud that it’s reflective of the West Midlands.”

The ticket ballot, with prices starting at just £8 for under 16s and £15 for adults, is open right now, but closes tomorrow (30 September), with applicants needing to submit their requests by the 8pm deadline. To apply for tickets, visit birmingham2022.com.

For more information on The Queen’s Baton Relay, you can visit birmingham2022.com/qbr. 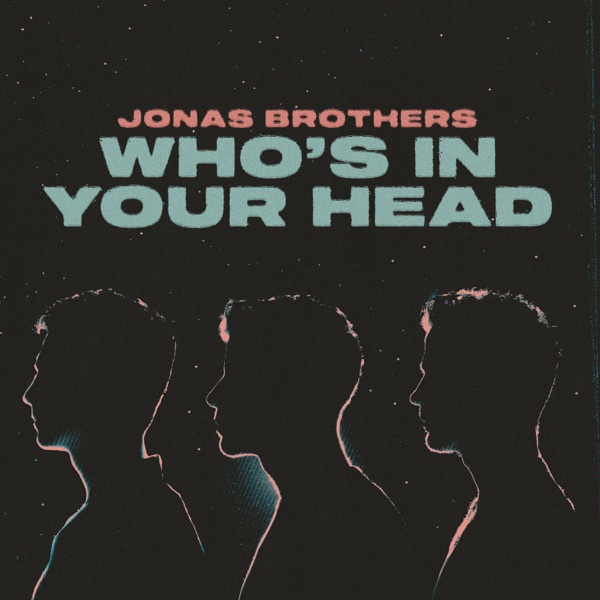