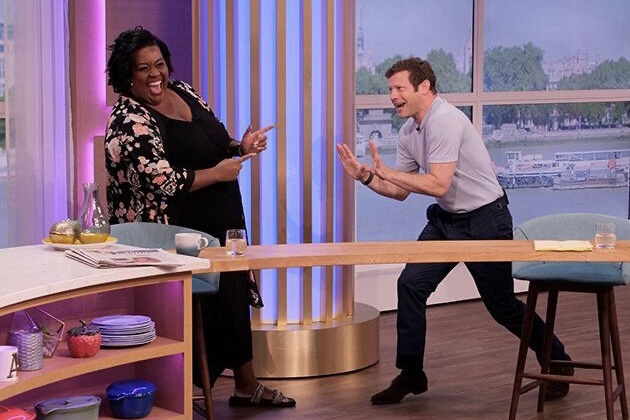 ITV have confirmed that the Brummie-born star, who joined us to switch Dudley's Christmas lights on in 2017, will join Dermot O'Leary to present the Friday edition of the show from January.

The dynamic duo will share hosting duties with Phillip Schofield and Holly Willoughby as well as Eamonn Holmes and Ruth Langsford, who will continue to present This Morning during key holidays. Speaking about her new role, Alison said:

“I never dreamt that when I first joined This Morning - initially for a few months - I would still be there 19 years later. I genuinely care about the show and the viewers who watch.

"It’s a huge privilege and honour to be hosting a show I adore so much. I’m just really excited to be doing even more of what I love alongside the lovely Dermot.”

45-year-old Alison came to the nations attention when she competed in the third series of Big Brother back in 2002 and has since been involved in numerous TV projects, including acting as a showbiz reporter for This Morning; a gig that has seen her interview a number of a-list celebrities, including Hugh Jackman, Kylie Minogue and Dwayne 'The Rock' Johnson.

After starting his career in radio, Dermot O'Leary quickly moved into television, initially on T4 before taking over as the host of The X Factor  in 2007. Discussing the new partnership, Dermot added:

“I'm deeply thrilled and honoured to be joining the This Morning team next year. We have huge shoes to fill and we are well aware what a privilege it is to be stepping into them.

"Above all, we want to have fun and for you to be able to kick your weekend off with a smile, especially given the year we've all had. So I'm delighted to be co-hosting with the living embodiment of sunshine on a rainy day. I can't wait to get started.”