Memorial trust is on a life-saving mission 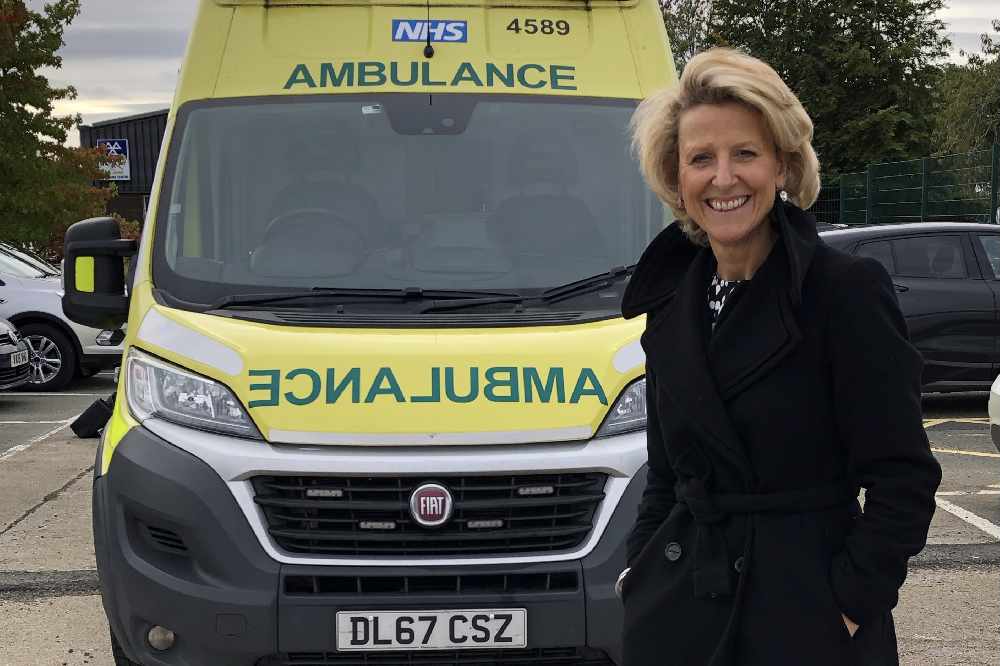 A Memorial Trust with the ambition of saving as many lives as possible in the West Midlands is to officially launch this week.

The Henry Angell-James Memorial Trust, which aims to purchase as many Automatic External Defribrillators  (AED’s) as possible and donate them to worthy applicants, officially launched with the installation of an AED at St Alkmunds Church in Shrewsbury yesterday.

The Trust was launched to create a legacy in honour of Henry Angell-James, who tragically passed away aged 54 in October 2017 after suffering a cardiac arrest on his regular train journey home from Birmingham to Shrewsbury.

Henry’s wife, Sally, felt she wanted to put something back into the community that had been such an important part of her husband’s life. Henry had always believed that the simplest ideas were the best and hence an idea was formed to set up a Charity with a clear and straightforward aim. Sally said:

“Heart disease is the UK’s biggest killer and sudden cardiac arrest can happen to anyone, even those who are seemingly healthy and whenever cardiac arrest strikes, there is absolutely no time to lose.

“Therefore we have set up the Henry Angell-James Memorial Trust to help fund and provide as many AEDs in communities that really need them, starting in the West Midlands.  Who knows where this idea will take us.”

HAJMT is working in partnership with West Midlands Ambulance Service who will provide free training and advice on the best place in the community for the AED to be installed.

The aim is to get AEDs installed in town centres, villages and rural communities; be that village halls, train stations, the village post office or shop, a defunct telephone box. Cliff Medlicott, Community Response Manager for WMAS, added:

“The importance of the work that HAJMT is undertaking cannot be underestimated, it will undoubtedly help to save lives. The chance of a person surviving a cardiac arrest falls by 10 per cent for every minute that passes without an AED being used.

“Survival rates can be as high as 75 per cent when patients are treated with the right care and a defibrillator in time. Therefore, I would urge anyone who thinks they could house a defibrillator, or if you wish to make a donation, to make contact with the Trust.”

Application criteria will include identification of a key person who will be trained by WMAS in the use of the AED and making a commitment to keep the AED properly maintained and in working order; ensuring it will only be used in appropriate circumstances and in accordance with the manufacturer’s instructions. Sally continued:

“Applications will be considered on their own merits. Unfortunately, we only have limited funds so not every request will be successful. The great thing about raising money for an AED is that it is an achievable goal and by having one, a life could be saved.”

Throughout the course of the last twelve months and with the support of the Industrial Agents Society, Chancerygate, Big Yellow Storage, Opus Land and Graftongate, HAJMT’s AEDs have already been installed in various commercial developments and offices around the country and are for public access.

To find out more about HAJMT, make a donation or apply for a defibrillator, visit hajmt.co.uk.