New gin bar takes pride of place at The Waterfront 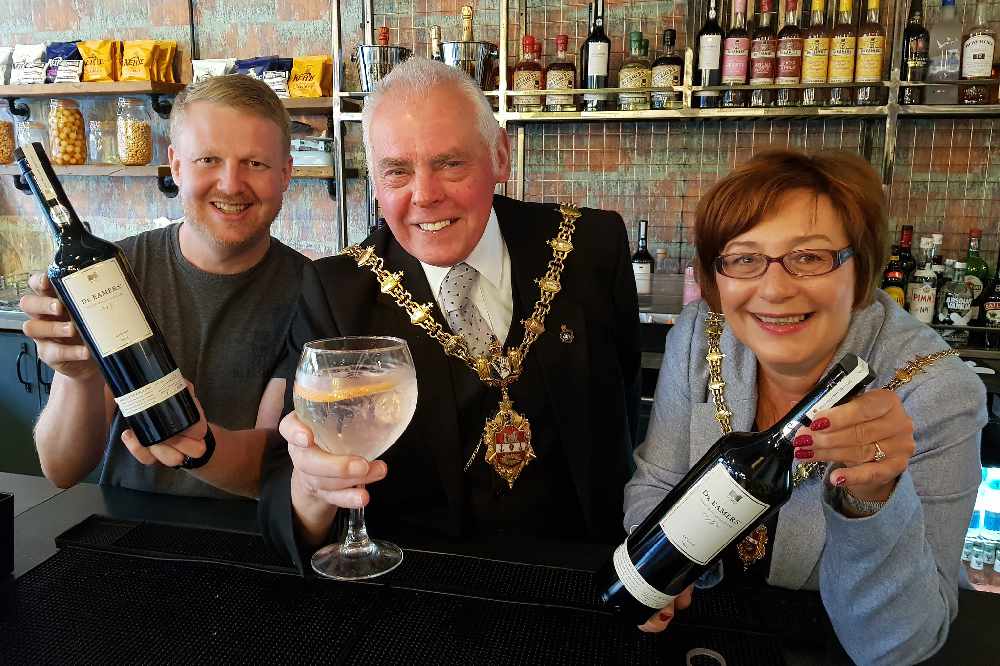 One man’s dream of following in his family footsteps and becoming a professional distiller is now reality as his new bar is officially opened by the Mayor of Dudley.

Councillor David Stanley opened Dr Eamer’s earlier this week, bringing a new gin bar and distillery to the Waterfront in Brierley Hill, as part of the 'DY5', Dudley’s Business and Innovation Enterprise Zone.

Entrepreneur, Jordan Lunn, is the man behind the new venture, which not only offers a bar and place to eat but for the first time in the Waterfront’s history, it will also include a gin distillery. The 34-year-old worked in sales after finishing university, but decided nearly two years ago to give up his job and focus on doing what he loved best. Jordan said:

"Making beer and spirits at home is something I’ve done as a hobby for a long time. My great grandfather was a brewer, my great uncle a distiller and my Mother ran pubs all her life, so I think I was destined to follow suit.

"After giving up work, I bought an old caravan, kitted it out and used it to sell the gin I made at home at festivals and events but with the gin industry booming, I couldn’t keep up with the demand from local wine merchants and bars. Last year I took the plunge and opened my own distilling company, the West Midlands Distillery, in Netherton and never looked back.

"Opening Dr Eamer’s is the next step in the venture and it’s great to sell the products I make directly to the customers."

Jordan will be using local produce and suppliers as much as possible throughout all elements of the business, including their signature Black Country Tapas, which will feature Pork Pies handmade in Netherton.

The new bar, which will employ eight people, will be open Monday to Sunday from noon to 11pm and is located in units 20-21 Waterfront East. Next year he has plans to grow the business to open a larger distillery and expand production of gin, rum and vodka. Jordan added:

"We want to create an environment where local couples and friends can get together without having to travel to Birmingham. We’re really pleased to be part of the growing community at the Waterfront and excited about what the future holds."

"It was an honour to officially open Dr Eamer’s today. Since the enterprise launched, the Waterfront has seen 42 new businesses open, with more to come soon, breathing new life into the area.

"This new gin distillery is a wonderful addition and I wish Jordan and all the team the best of luck in this new venture."