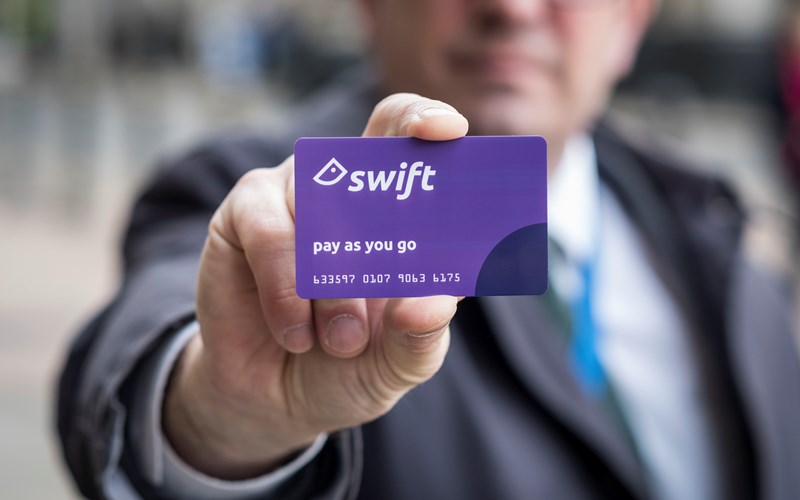 The new 'Swift Go' service is aimed at occasional travellers and calculates the best value fare at the end of each day based on the journeys taken – meaning commuters are not penalised for changing their plans.

Although currently only available on the West Midlands Metro line the aim is to extend Swift Go to buses later this year and rail services in 2021.

Work is also underway with transport operators to offer best-value capping across three-day and seven-day periods which will benefit those working part-time, or those swapping between home working and the office – a group on the increase following the coronavirus lockdown.

It means that customers will just tap their Swift travel card every time they get on a tram, or eventually a bus or train, without having to work out what fare or season ticket they need in advance – Swift Go will work out the best value fare for them later. Mayor of the West Midlands Andy Street said:

“We know that as we emerge from this pandemic that many people’s working and travel patterns will be changing. Many people simply do not know at the start of the day or week how many journeys they need to make and until now they ran the risk of paying for trips they might not need.

“Swift Go offers great flexibility and will therefore make a perfect option for people as they adapt to new ways of working post-Covid.”

The Swift travel payment card is developed and operated by Transport for West Midlands, part of the West Midlands Combined Authority, working with bus, rail and tram operators. It offers commuters a convenient single payment solution across the whole network.

Last year Swift cards, which are available as season ticket or pay as you go versions, were used more than 50 million times, up from 35 million journeys in 2017 Cllr Ian Ward, WMCA portfolio holder for transport and leader of Birmingham City Council, added:

“The Swift card has continued to grow because it offers good value for commuters, is convenient and because the team behind it have continued to innovate.

“As well as for public transport, it has been expanded for use at some car parks and even gyms and leisure centres in Wolverhampton, it also become the first UK travel card to team up with Google Pay.

“And now we have Swift Go which is not only flexible and convenient, but will ensure customers are only paying the best fare for the journeys they take.”