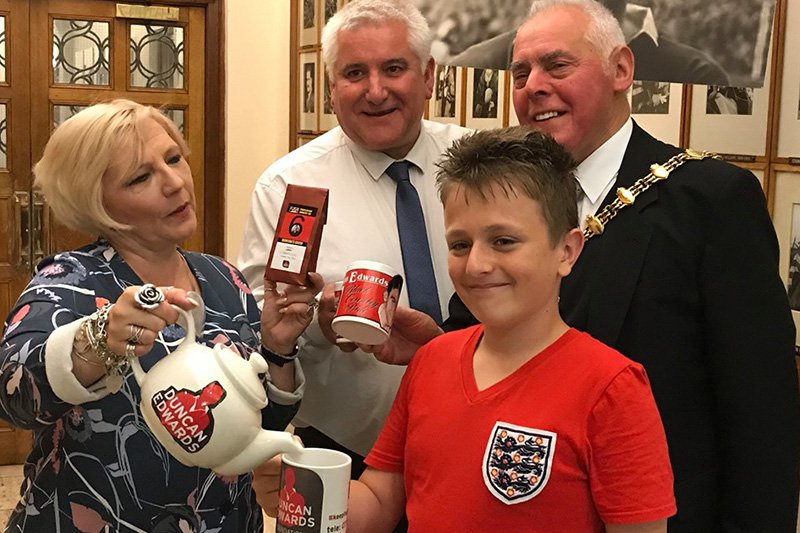 The Duncan Edwards Foundation, spearheaded by Rose Cook-Monk, has worked with a company in Warwickshire to produce the tea. ‘Brew Number 6’ has been named after the iconic number 6 shirt the Busby Babe wore for both Manchester United and England. Councillor David Stanley, The Mayor of Dudley, said:

"It was a privilege to officially launch this new tea today, in honour of one of Dudley’s greatest ever heroes Duncan Edwards.

"All profits will go towards the Duncan Edwards Foundation and as Duncan will always hold a special place in our hearts I am sure the tea will prove very popular with people from across the region."

"We thought about creating a drink in Duncan’s honour and the first thought was to look at doing a beer. But, with Duncan being teetotal, it didn’t quite sit right so the best thing to do was to create a bostin’ cup of new Black Country tea."

It will be available to buy locally following the launch, with profits going back into the Foundation.