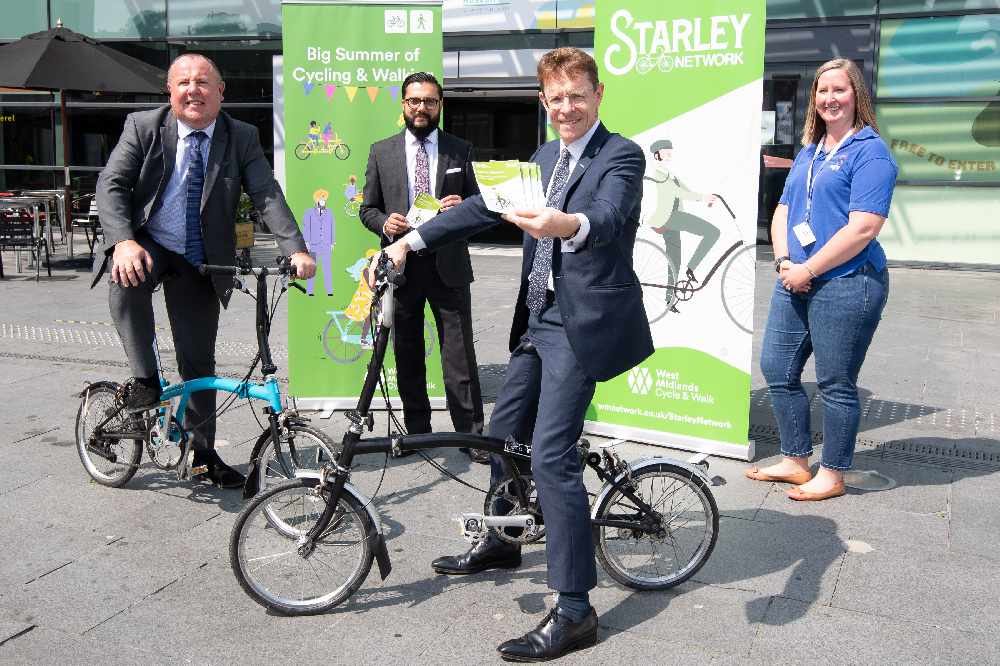 Transport for West Midlands has unveiled the 'Starley Network', a new 500-mile cycling vision for the West Midlands.

The network represents a new era for the region’s cycling network, which has been reimagined and re-branded to reflect the West Midlands’ ambitions following a surge in people taking to their bikes since the coronavirus pandemic.

All 493 miles of the routes on the new network will be dedicated for active travel, with the ambition that the routes will either be traffic free away from the highway, or within roads but physically separated from traffic.

Local authorities have worked closely with TfWM, which is part of the West Midlands Combined Authority, to link their local cycling plans into a region-wide network. This means for the first time the region has one, easier-to-understand network, with the new Starley Map (jpeg of map at bottom of the page) released today showcasing the true scope of the future cycling network.

The unveiling comes after TfWM recently launched its Roll & Stroll campaign, which aims to encourage more people to use two wheels and their two feet in light of the coronavirus pandemic. The behavioural-change campaign offers practical support for new cyclists and those returning, as well as safety advice. Andy Street, the Mayor of the West Midlands, said:

“We are utterly committed to improving cycling infrastructure across the region, and active travel has a critical role to play in our future transport plans for the West Midlands.

“Cycling has enormous benefits, both for people’s health and the environment. The more people who cycle the more we reduce air pollution, and the more we reduce the strain on our NHS through people getting fitter and healthier. That is why we have always been ambitious with our cycling plans, and the fact we set and met a £10 funding per head target is testament to that.

“However we have clearly not done a good enough job at communicating our ambition to the public, and many see us as a region that is not embracing the cycling revolution – something that couldn’t be further from the truth."

On top of new routes already planned and funded – including the A45 Coventry Road in Birmingham, and the proposed Binley Road route between Coventry University and University Hospital – the network will feature:

-       A new cycle hire scheme to serve the whole West Midlands Combined Authority area, with further details to be released in the coming weeks
-       New cycle routes to run along the same transport corridors as the planned Sprint Bus routes
-       A series of new active travel routes along the Wednesbury to Brierley Hill Metro tram line

TfWM took the decision to enhance its cycling vision following a rise in the popularity of two wheels after the outbreak of the coronavirus pandemic. 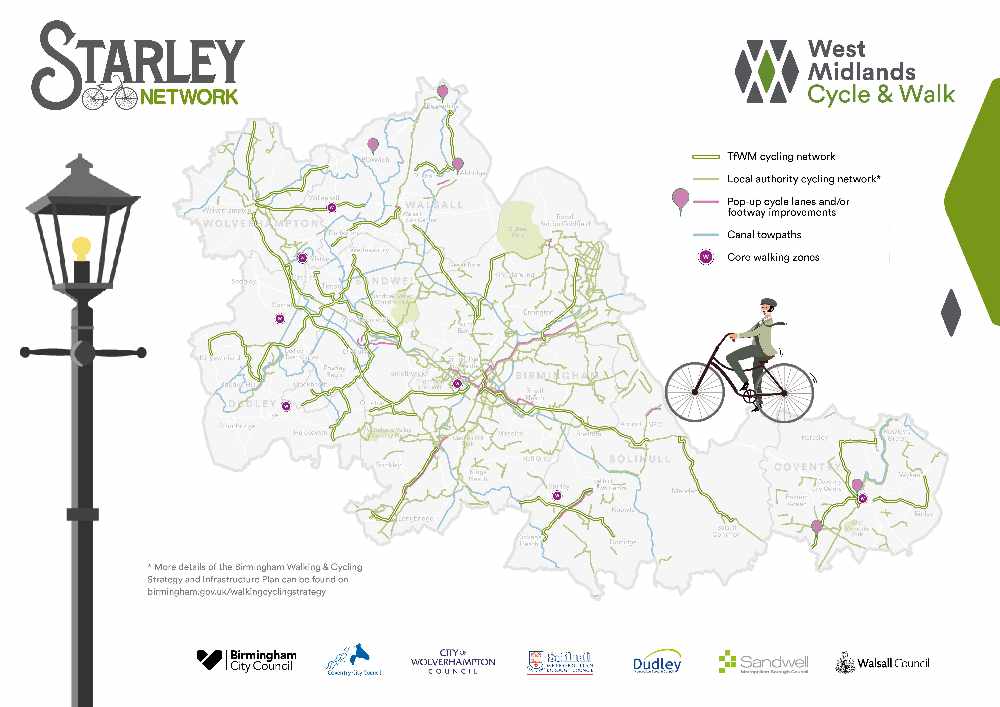 The new network also incorporates pop-up cycling lanes that are being set-up by local authorities across the region, with the hope that more of these lanes will follow after a multi-million pound bid for further funding was submitted to Government last Friday as part of the second tranche of the Emergency Active Travel Fund.

TfWM will invest more than £260m in the Starley Network over the coming years, with local authorities adding to that figure as they invest in their local network. The majority of schemes will primarily be delivered by local authorities. Cllr Ian Ward, the West Midlands Combined Authority’s portfolio holder for transport, said:

“What the Starley Network shows is how the seven metropolitan authorities, with the support of TfWM, have set out a vision for cycling across the region.

"It underlines the commitment of the seven councils to improving cycling facilities and infrastructure, and reinforces the work being carried out locally with the money secured by TfWM under the Emergency Active Travel Fund.”