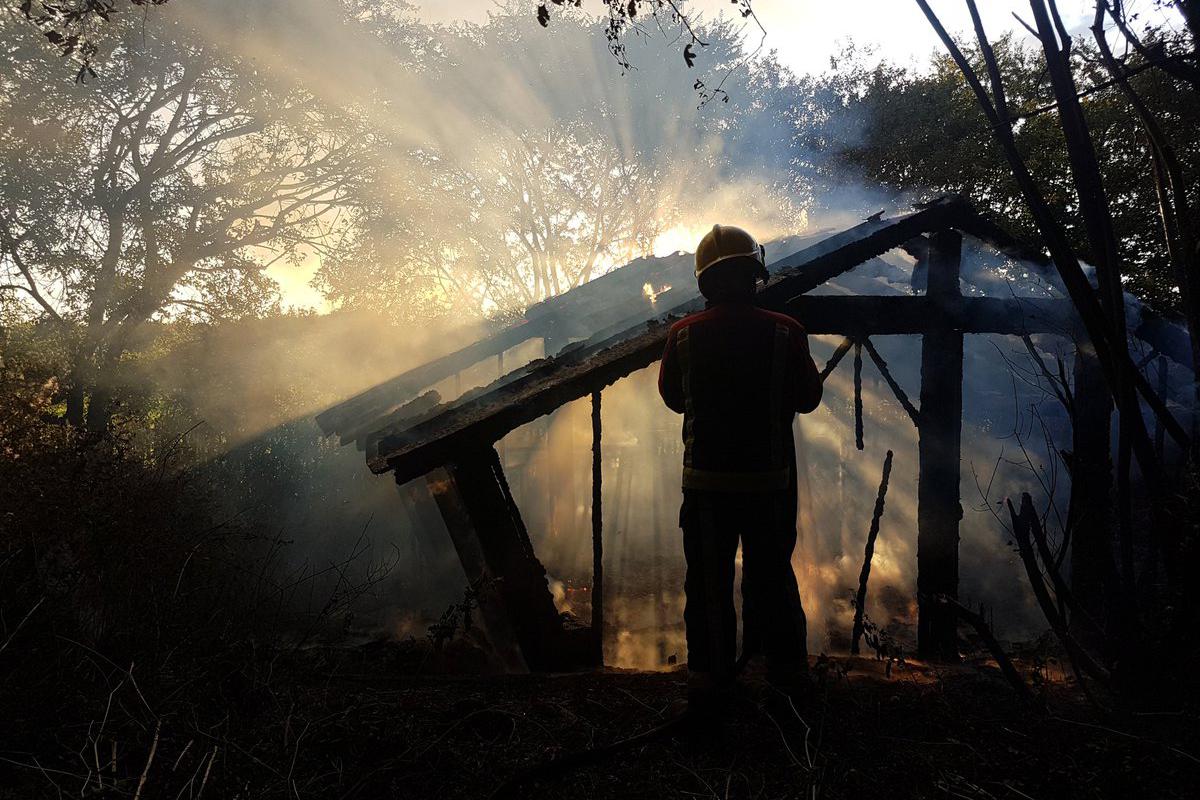 A blaze ripped through the old forest school building at the site of the now closed Pensnett High School at Brierley Hill on Saturday night.

The Tiled House Lane site is now one of the locations used by the post-16 education department of Pens Meadow special school. It is not currently known whether the outbuilding was part of the special school facilities.

Around 10 firefighters were at work for more than an hour to tackle the fire, while the cause remains unknown - firefighters used two hose reels to put out what they described as a “severe fire”.

Crews were sent from Dudley and Brierley Hill. They left the scene by 8.19pm. A spokesman for West Midlands Fire Service said:

“We were called at 7.17pm to a severe fire in the forest school outbuilding of Pensnett High School. Two appliances attended, one from Dudley and one from Brierley Hill.

"Two hose reels were used. Crews left the scene just over an hour later at 8.19pm.”

The decision to close Pensnett High school was made on December 29 2009 with effect from July 2010, despite protests from parents. But, it then remained open for two years as a learning centre for the eldest two year groups in the school, before completely closing in July 2012.

The news comes as three arson attacks at the school in spring 2010 caused hundreds of thousands of pounds worth of damage. A further suspected arson attack took place in August 2016.