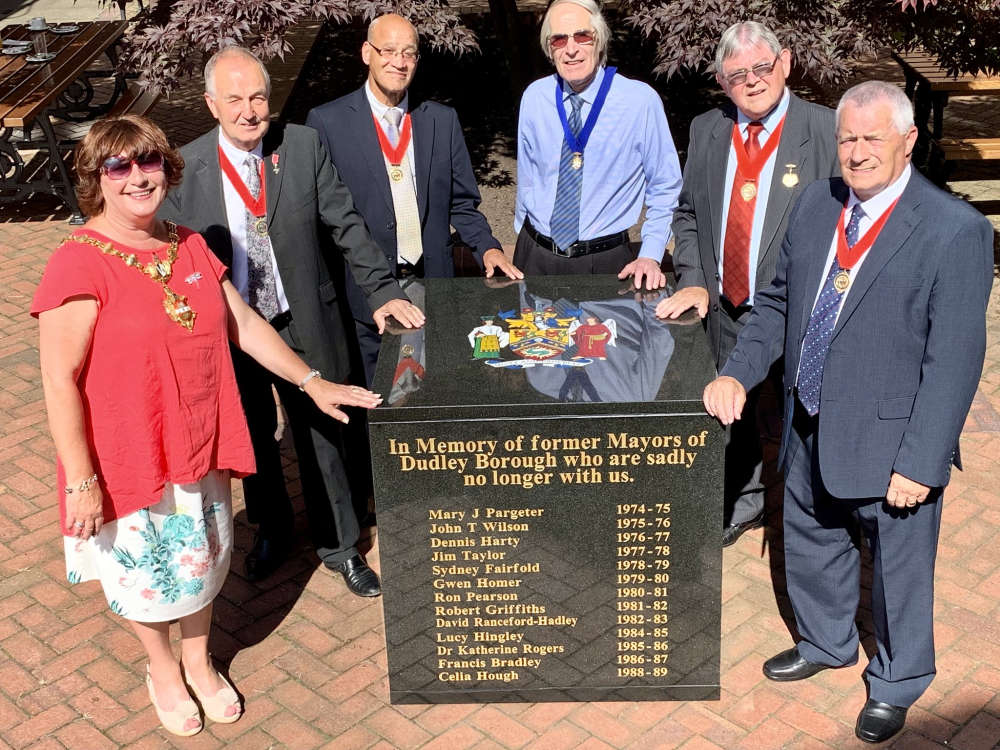 Former Mayors of Dudley borough have come together to form a special advisory group to help celebrate community stalwarts through the Queen’s honours system.

The exclusive group made up of serving and former elected members will support the Mayor during her term in office.

Through their extensive links with community groups and individuals they will also highlight outstanding work and projects which could be then put forward for awards such as the Queen’s honours. The group will also support civic occasions such as Armed Forces Day and Remembrance Sunday and act as an advisory panel on Mayoral matters.

While the group has no formal decision-making power, the current Mayor today hailed them as a great “wealth of experience” to highlight “all that is wonderful” about the people of the borough. Councillor Anne Millward, Mayor of Dudley, said:

"The Mayoral role is such an amazing responsibility in being able to work with people across the borough. But a year goes by very quickly and we lose that wealth of experience.

"This group is very much about building on what they start in the 12 months and helping us highlight all that is wonderful about this borough.
One of the key aims is to highlight those people who go above and beyond in their communities. We can recognise people and organisations for their efforts in a variety of ways including the Queen’s honours system.

"This group will help ensure we are in a position to put them forward for awards and showcase their tireless efforts. I very much welcome the advice and support I get from this group and I’m excited by the opportunities it presents."

The group will also work with the West Midlands Lieutenancy Office in formulating honours submissions which is crucial in people being recognised. They will also highlight potential candidates for more local awards such as the Mayor’s Civic Awards and the Dudley Council for Voluntary Services Awards.

They will also provide links for the potential businesses to join the Mayoral Business Club and help raise funds for events.

One of the group’s first projects was support the creating of the Mayoral Memorial Garden at the rear of the council house in Dudley, and the unveiling of the memorial stone to Mayors who have passed away over the years.