Promise of Christmas at the Severn Valley Railway 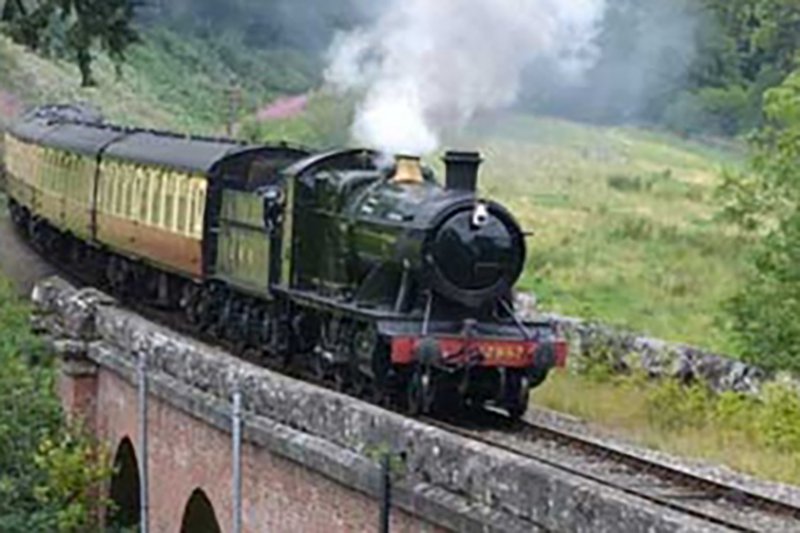 One of the Midlands’ leading heritage attractions, the Severn Valley Railway, is pulling out all the stops to ensure its visitors have a Christmas themed experience to treasure this year.

Although many other venues and attractions have had to cancel their festive events, the SVR’s offerings mean that visitors can enjoy a spectacular adventure, with all necessary Covid-19 precautions taken care of.

The SVR is running a busy programme of Santa trains and Steam in Lights services starting in late November. Demand for tickets has been strong since they went on sale earlier this month, and the railway expects to sell out across all its Christmas services. Helen Smith, the SVR’s general manager, said:

“We’re delighted that we’re able to offer our Christmas visitors a safe and enjoyable experience using the SVR’s extensive fleet of compartment carriages.  This has more than proved its worth on the services we’ve been running since we reopened for business in August.

“People love the fact that they’re travelling in their own private compartment, where they don’t need to wear face coverings, so they can simply sit back and enjoy the magic.

“It’s wonderful to be able to offer so much to visitors this year, especially after all the uncertainty and strangeness that’s resulted from the pandemic.  So many venues sadly haven’t been able to run Christmas events this year, so at the Severn Valley Railway we’re absolutely determined to make sure our visitors don’t miss out.”

The SVR’s Steam in Lights services are back by popular demand and this year they’ll be bigger and better than ever before.

Starting from a magically lit Bridgnorth station, the steam-hauled journey will reveal mysterious creatures, sparkling lights, snow flurries and thrills from the warmth and comfort of a private compartment.

There’ll be plenty of sparkle, glow and shimmer on a vintage train covered with thousands of colourful lights. Visitors will travel through a winter wonderland, past glittering displays and trackside landscapes. Plus this year, there’s a guarantee that, thanks to some clever behind-the-scenes magic, there will be snow at the Severn Valley Railway!

For many children, Christmas wouldn’t be complete without a visit to the Severn Valley Railway, and this year’s Santa trains whisk families on an enchanting steam train trip to Arley where they’ll be entertained at a professionally produced Christmas show.

Starting from the beautifully decorated Kidderminster station, visitors will settle into their private compartment with a festive drink and snack, for their Christmas adventure. At Arley, it’s showtime, and visitors will attend a special performance in the Christmas marquee of Jingle, Jangle and the Christmas Cookbook, featuring two elves who get up to all sorts of mischief in Mrs Christmas’s kitchen.

Back on the train, children will find that early Christmas presents have been left in the private compartment, as they begin their journey back to Kidderminster, with the whole excursion lasting around two hours.