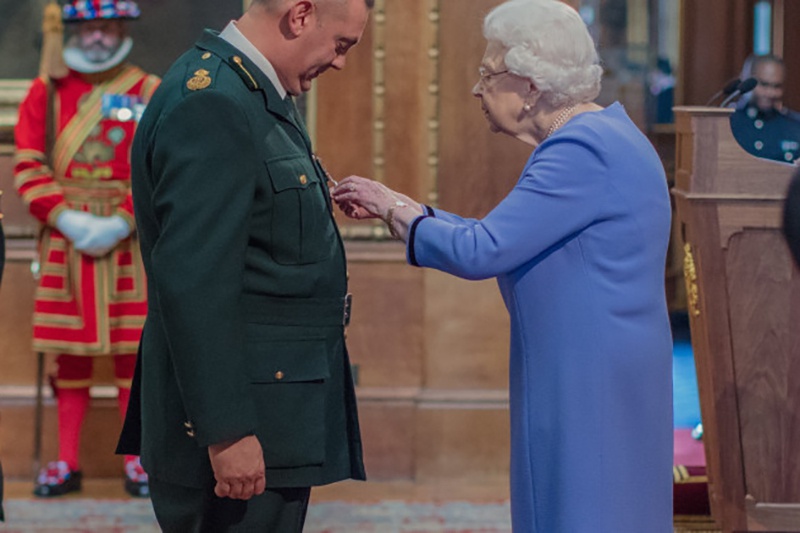 The Resilience and Specialist Operations Director was recognised for his dedication and distinguished service to the ambulance sector which carries the same level of Royal recognition as other members of the emergency services. Steve said:

“It was a very proud day for me and my family who came to the ceremony with me. Whilst I received the award, I couldn’t have done it without the many staff who I have had the pleasure of working with in the ambulance service across our country.

“It truly was a day to remember, made even more special by the fact it was the Queen herself who presented me with the medal.

”I would also like to thank the many people around the country who have sent me such lovely messages about the day and receiving the medal; it really is humbling.”

“I have known Steve for 15 years and, in that time, I have watched him progress and flourish within the ambulance service to become a knowledgeable and well-respected individual in his field.

“I am incredibly proud that Steve has been recognised in this way and would like to thank him for his tremendous service and for the thousands of patients he has helped along the way.”

In 2001 Steve obtained a promotion to Duty Officer at the, then Essex Ambulance Service before moving up the ranks to Station Officer, Divisional Commander and the Head of Emergency Planning. In 2008, Steve made the move to West Midlands Ambulance Service to head up and expand the Trust’s Emergency Preparedness and Specialist Operations team where he remains today.

2013 saw Steve seconded to the role of Deputy Senior Responsible Officer at the Home Office where he was responsible for rolling out the national Joint Emergency Service Interoperability Programme (JESIP) across all emergency services in England.