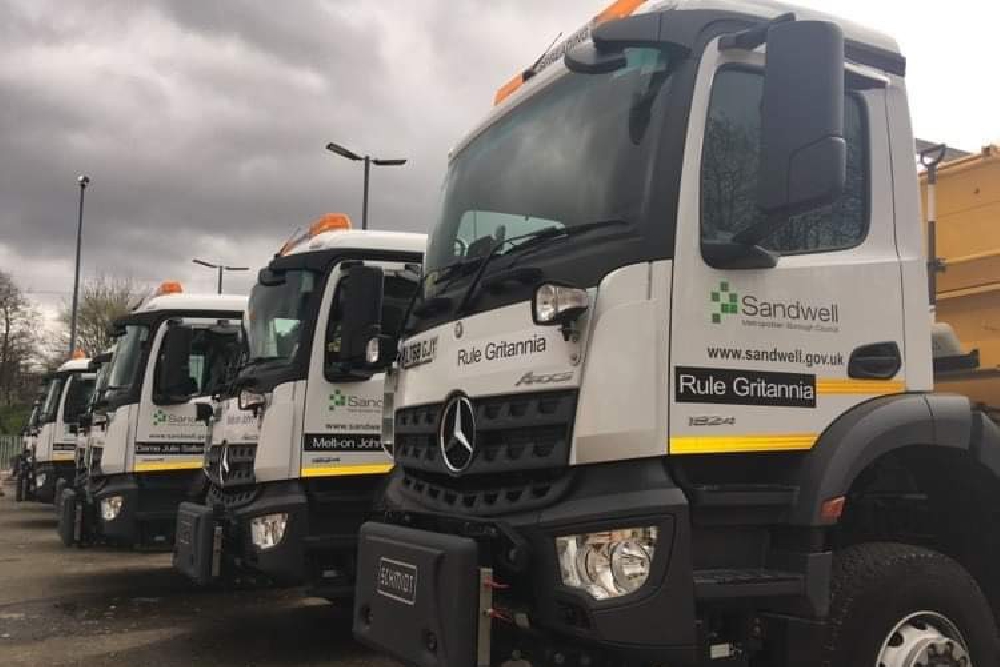 Sandwell Council is well-prepared for winter, with more than 6,000 tonnes of salt in stock and a fleet of gritters ready to tackle snow and ice.

The council’s gritting vehicles – which now have names thanks to suggestions from members of the public and staff – and gritting crew staff are now on 24-hour standby until March 2021.

The trucks named in tribute to locals Cyrille, Dame Julie, Led Zep and Josie will all grit routes associated with them.

The gritting crew completed their first run on the evening of Sunday 22nd November, when temperatures fell to freezing. Residents are urged to look out for the trucks on Sandwell’s roads as temperatures fall.

"Our gritting staff do a fantastic job, often in difficult conditions in very cold weather. We and all of Sandwell's residents appreciate their hard work to keep our roads safe."

Sandwell has one priority route, which means all of the roads on this route (nearly half of the whole road network in Sandwell) are gritted every time the gritters go out.

In severe bad weather, every road a gritting truck can fit down will be treated once main roads are cleared. Sandwell Council owns nine gritting trucks and five snow ploughs.