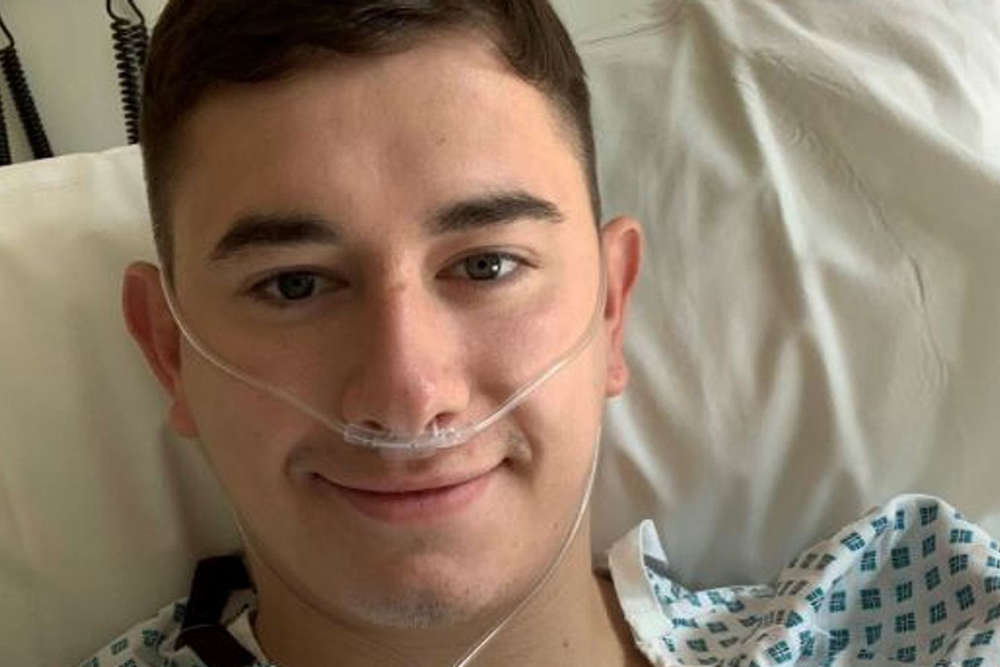 An England fan who turned down tickets to see them play Denmark in the Euro 2020 semi finals to donate stem cells has been given tickets to Sunday's final.

Sam Astley from Sedgley was set to travel to Wembley after his girlfriend Beth, a critical care nurse at Birmingham’s Queen Elizabeth Hospital, won the tickets in an Instagram competition run by fashion retailer, Pretty Little Thing. The prize also included an overnight stay at The Dorchester and £500 spending money.

However, the selfless 24-year-old received a call a few weeks ago to say he'd been matched with a patient in need of stem cells, having signed up to the Anthony Nolan stem cell register. Without a second thought, sam declared that 'no football game beats saving someone's life' and he prepared to undergo the procedure at a private London clinic.

In a devastating turn of events, Beth also had to turn down the tickets as she was forced to self-isolate, with relatives watching the three lions beat Denmark 2-1.

Sam signed up at the Olly Wilkes memorial football tournament, organised annually by Olly's father Simon who suffers from a blood disorder, He has been trying to raise awareness of the condition and help get more people to donate stem cells to help save lives.

Since the news broke, friends and family have since been on a mission to highlight Sam’s selflessness, with social media full of pleas to get Sam and Beth a pair of tickets to see Sunday's final. Alongside local support England legend, Gary Lineker, shared the story with his 8 million followers asking the national team and the Football Association for help.

This afternoon, tournament sponsor 'Vivo' announced they could arrange tickets for Sam and they have already been in contact with the couple, gifting them tickets to what promises to be an historic match. A spokesman for Vivo, the official smartphone provider for EURO 2020, said:

"We saw on social media that Sam had missed the chance to attend the England vs Denmark game after being matched to someone in need via the Anthony Nolan stem cell register.

"We wanted thank him for his lifesaving donation, so have arranged for Sam and Beth to attend the final this Sunday as our guest. We hope that both of them enjoy the experience."

Simon Wilkes, from Withymoor, Brierley Hill, whose charity event in memory of his son Olly led to Sam and Beth joining the register, added:

“This wonderful couple will hopefully get a wonderful weekend together down in London and hopefully this story has inspired younger people to be swabbed to be put on the Anthony Nolan stem cell register to help save the lives of people with blood cancer."

For more information about the Anthony Nolan Trust, or to join the register, visit anthonynolan.org.