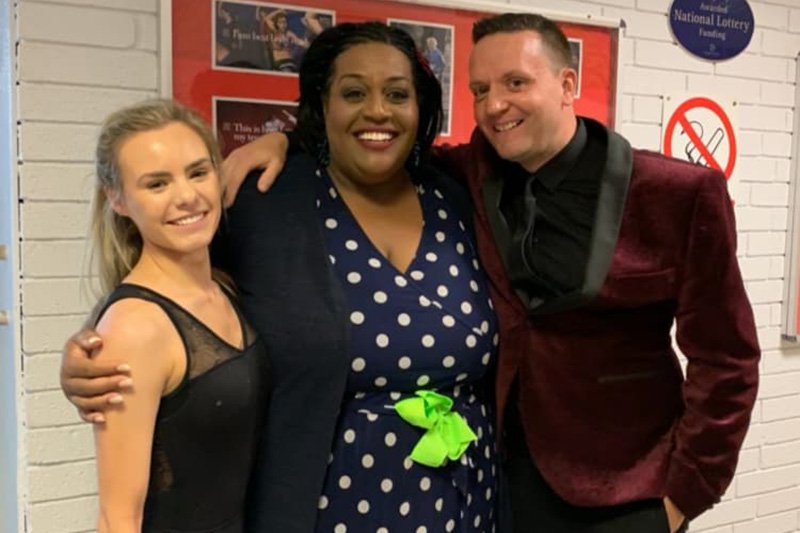 This Morning star, Alison Hammond, joined dance groups from across the Black Country on Sunday night to raise money for Bowel Cancer UK.

The annual 'Dance To Save Lives' show was held at The Colton Hills Community School in Wolverhampton and is now in its third year.

Organiser Chloe Evans, from Sedgley, started the annual show after her Dad passed away from Bowel Cancer seven years ago aged just 41. This years show, hosted by Black Country Radio presenter, Matt Dudley, was made extra special by the appearance of the Strictly Come Dancing contestant, who started her career on Big Brother back in 2003. Speaking to Black Country Radio, Hammond said:

"I'm just thrilled to have been part of such an amazing night - Chloe's Dad would have so proud of her achievements."

Over the seven years since her Dad's death, Chloe has been making hair bows and selling them across the Black Country, the UK and beyond whilst giving out awareness information on Bowel Cancer. To date, she has raised almost £20,000 after her initial target of only £200.

Sunday's extravaganza raised a further £2000 with all of the profits going to the charity. Chloe has also been nominated for a Pride of Britain award with the results being announced later this year.

For more information you can visit bowelcanceruk.org.uk, or follow @ChloesBowsss on social media.