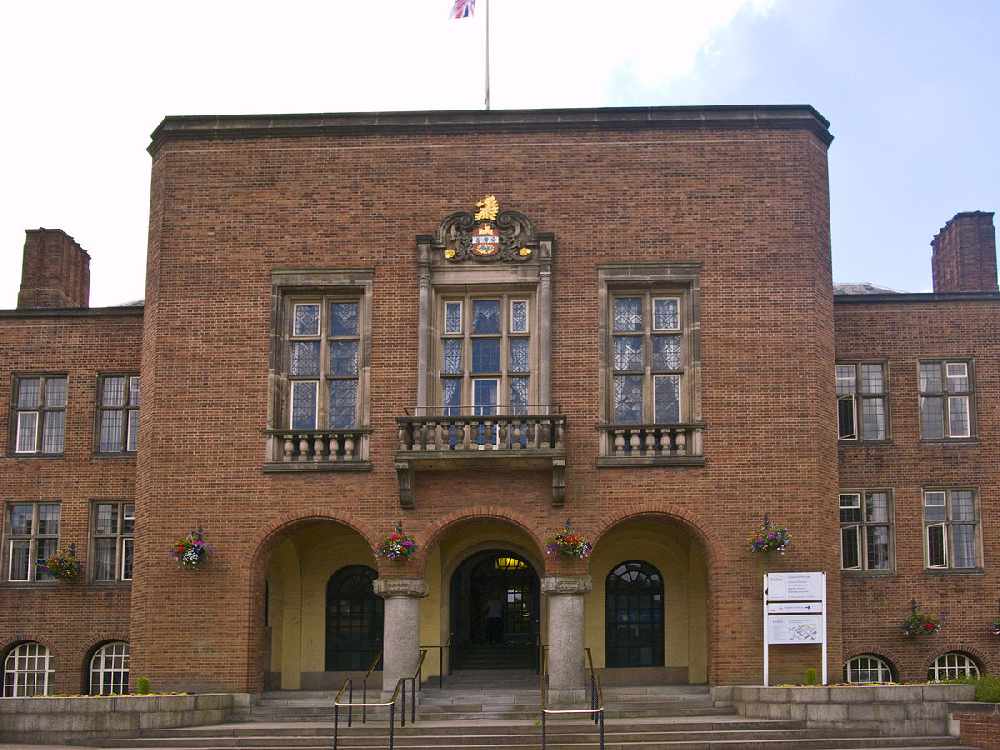 Councillors say a major expansion of higher education in Dudley is taking a step forward as part of the £1 billion regeneration ‘masterplan’ for the town.

Dudley Town’s Fund Board is seeking funding from central government’s Towns Fund to develop a new University style centre to meet the growing demand for higher skills in the region.

Dudley Council is helping spearhead the new University style facility which will be built at the foot of Castle Hill to add to the regeneration activities already in traction onsite. Very Light Rail and the Midland Metro extension are already underway.

The Towns Fund Board is seeking £25m investment to create a learning centre, offering courses in health and life sciences. Technical programmes will be delivered at level 4 and 5 along with degree and post graduate qualifications. A process is currently underway to attract a university partner who will be responsible for the curriculum delivered from the site when the building is complete for the outset of the 2023/24 academic year.

This new facility will be sited alongside the Black Country & Marches Institute of Technology which will open in autumn 2021 offering higher level qualifications in: advanced manufacturing, modern construction methodologies and medical engineering.

Together these two buildings will create a “university park” in the town nearby to existing sites belonging to Dudley College of Technology– thereby expanding Dudley’s Learning Quarter.

A key part of the wider proposals is Dudley Council’s £1million bid for additional funding from the government’s Towns Fund to link the main town centre with Castle Hill, along what will the Midland Metro extension between the two sites. That money will help bring people to and from the town, a welcome boost for thousands of business, shoppers, residents and visitors in the town.

The “university park” developments will be on the site of the former Hippodrome building.

Council bosses met with campaigners working to save the dilapidated former bingo hall recently to outline the proposals which will see it demolished, having not had theatre shows since the 1960s and repeated failed attempts to raise money to save it. But during that meeting, strong assurances came from the leader of the council to work with the group to boost the night-time economy in the town as part of the ongoing regeneration work.

A report is due to be discussed and determined by the council’s cabinet later this month to allow members to consider the details behind the latest phase of regeneration in the town, as well as the financial opportunities with the Towns Fund. Councillor Patrick Harley, leader of the council, said:

“This is a significant phase of our regeneration plans and builds on the massive strides we have been able to make with Metro, VLR and the demolition of Cavendish House in recent months.

“We are very excited about the potential we have in supporting Dudley College with the university proposals and the driverless vehicles consortium which will accelerate what is already a busy programme of regeneration work.

“This work will have a massive economic impact on the town – for businesses, shoppers and anyone visiting the historic capital of the Black Country.

“When complete, Dudley will be home to a university, very light rail innovation, revolutionised public transport, new accommodation and much more to hammer home that we mean business when it comes to improving our town.

“I can completely understand local campaigners wanting to save the former Hippodrome building, and I am encouraged to see community groups working so passionately to improve the town. But we simply cannot allow this discussion to continue for another decade after exhausting every opportunity to find an enormous amount of funding.

“We have received several business cases over the years from successive campaign groups, and have handed over the keys to the building. But no one has been able make any significant headway in reviving a theatre, which has not put on a show in 60 years.

“I have met with the campaigners and agreed to work with them on the ongoing regeneration proposals and look for ways to improve the night-time economy of Dudley.”

The 5,000 sq mtr university proposals will also bring around 1,000 students to the town each year to boost the local economy as well as vastly improving the look at a key gateway into the borough.Neil Thomas, Chief Executive and Principal of Dudley College of Technology, added:

“It would be fantastic if the Towns Fund Board could secure the funding necessary to create this development and attract a University to the town.

“Dudley is one of the largest areas in the country without this provision and the educational attainment in the area remains lower than many other similar places. These factors inhibit both young people and adults progressing into higher technical or degree level jobs.

“These new develops will change all that and provide opportunities on the doorstep for upskilling in skills where there is high demand with forecast larger numbers of well paid jobs.”

However, not everyone greeted the news with the same level of positivity. One local resident, speaking on social media, said:

“Whilst I absolutely support a strong educational provision, learning facilities are taking over that part of our town. It seems somewhat ironic that Dudley Council are quick to work to secure funding in this instance but offered no support to any successive ‘friends’ group supporting the theatre, when they were left to seek funding themselves.

“This feels like, once again, a pre-determined agenda from councillors who have long been looking for a way to demolish the Hippodrome building - and now they have it.

“It will be a terrible shame if the venue goes, but I just hope this isn’t Dudley Council trying to show off to neighbouring authorities and all of these ‘landmark’ projects come to fruition.

“However, as a long-forgotten older resident of the borough, none of them have any real bearing on me - besides the Metro line, which will be able to take me OUT of my home town to experience the things I love in neighbouring cities.”