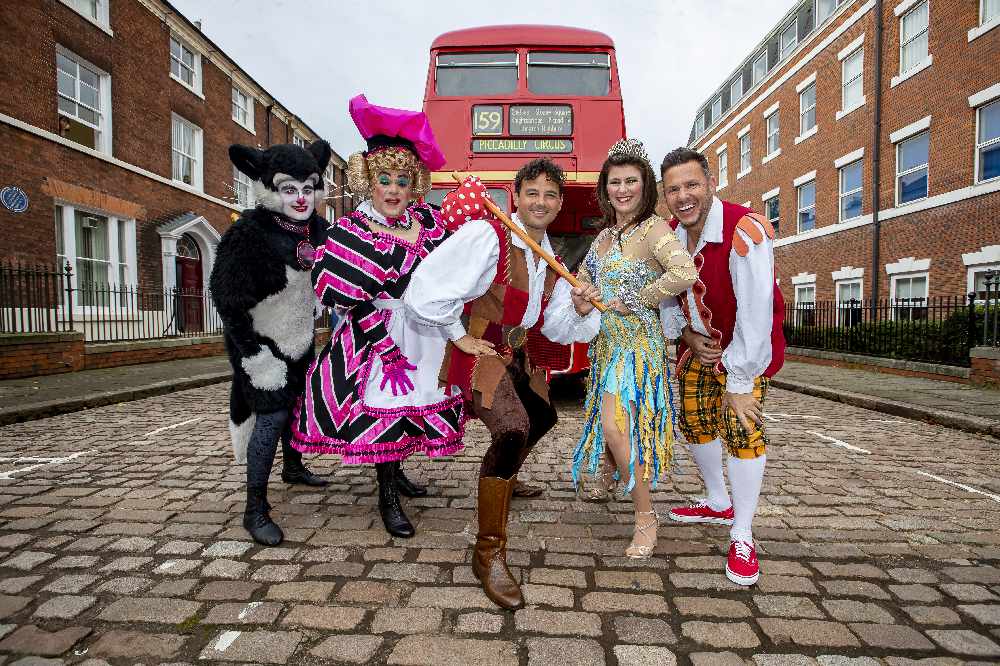 Wolverhampton Grand Theatre’s panto stars have arrived in style, rolling into town on a London red bus, direct from the city where the streets are paved with gold!

Dick Whittington is the rags to riches story, taking the audience from London to Morocco, with Coronation Street star Ryan Thomas in the title role.

They join Su Pollard as Queen Rat and Jeffrey Holland as Alderman Fitzwarren who were at the Grand Theatre in August to launch the pantomime.

In what promises to be another spectacular Grand Theatre pantomime and a 125th anniversary spectacular, audiences can join our hero as he seeks fame, fortune and happiness to become the Lord Mayor of London.

Dick Whittington will be another action-packed pantomime full of laughter, music and eye-popping special effects that audiences have come to expect of a Grand Theatre pantomime with Qdos Entertainment.