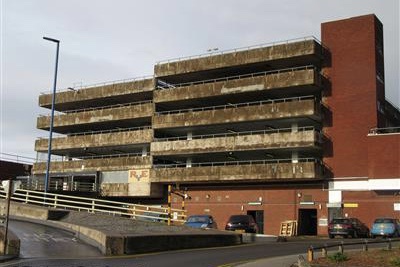 Work to undertake £100k of essential maintenance at a Stourbridge car park has gotten underway.

The Ryemarket carpark in Stourbridge will remain open during the work, which includes an extra £38,000 to repair a leaking roof that has had an impact on the lift operation.

Dudley Council recently carried out a routine inspection on the multi-storey carpark, as well as at Pool Road carpark in Halesowen, which were both built in the 1970s, and identified the need for strengthening and repair work.

Engineers will be cordoning off areas of both car parks before repairing and strengthening the floors, ceilings and columns. They have already started the work in Halesowen, which is expected to take several months to complete.

Spaces will be made wider to accommodate newer styles of cars, which may lead to a small reduction in spaces but will make it easier for people to park. Councillor Karen Shakespeare, cabinet member for environmental, highways and street services, said:

“We are undertaking this essential work to ensure these 1970s carparks can continue to be used safely and that they are suitable for larger modern vehicles. Both carparks will remain open during the work to minimise the disruption for motorists as much as possible.

“The Ryemarket car park also needs extra work to deal with the leaking roof, which over recent weeks has completely stopped the operation of one of the lifts servicing the car park, and has caused problems for those who need to use it to access the centre, which is why I have asked for extra resources to ensure we get this resolved as quickly as possible.