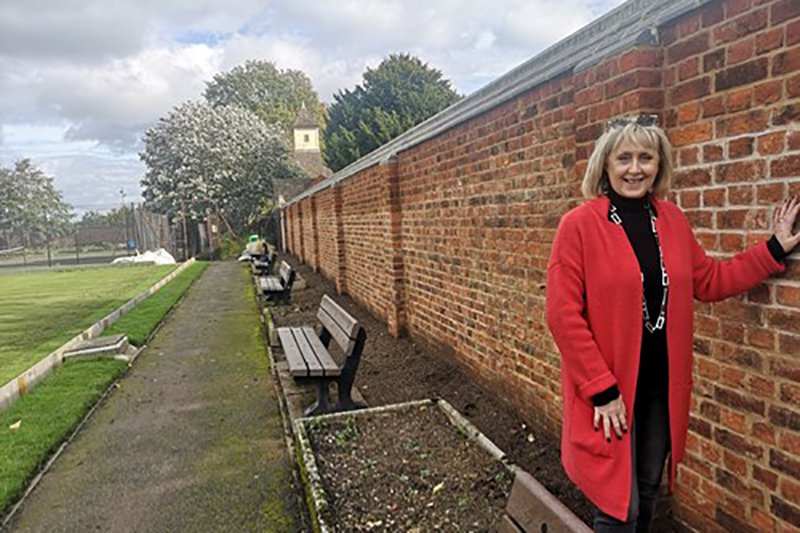 Work to replace part of an historic wall at Stevens Park in Wollescote has been completed.

sections of the walls, which enclose the park’s garden, collapsed in 2015 and again in January 2018. They are part of Wollescote Hall, which was bequeathed to the people of the local area by the Ernest Stevens family in 1930. The hall is Grade II listed and dates back to the 16th century.

Enovert Community Trust, an environmental body which supports community projects, provided £50,000 towards the total £70,000 cost of the first phase of the wall restoration. The remaining funding has been provided by the Ernest Stevens Trust and has seen the repair of the 2018 collapse. The earlier 2015 collapse will form part of the second phase of the works.

It is expected to be completed next year, with the £90,000 cost being funded by the Ernest Stevens Trust. Councillor Karen Shakespeare, cabinet member for environmental, highways and street services, said:

"I am extremely pleased with the quality of the work.We were having really big problems with anti-social behaviour and vandalism on the site last summer as a result of the wall being in the state that it was in.

"Thousands of heritage bricks were used for the restoration scheme and the wall was built using traditional lime mortar. The contractors, a local firm from Netherton called CE Bunch, did a brilliant job."

The park has deep meaning to people in the area and it may seem to be just a wall but to those people it means a lot more than that. Angela Haymonds, trust secretary at Enovert Community Trust, added:

"The trustees were delighted to support this project, which has dramatically improved the appearance of this beautiful park and created a safe environment for all users."

Another part of the wall where the mortar is decaying has also been damaged by wind and this will be restored next spring, funded by the Ernest Stevens Trust.