Tributes from across the West Midlands to The Duke of Edinburgh 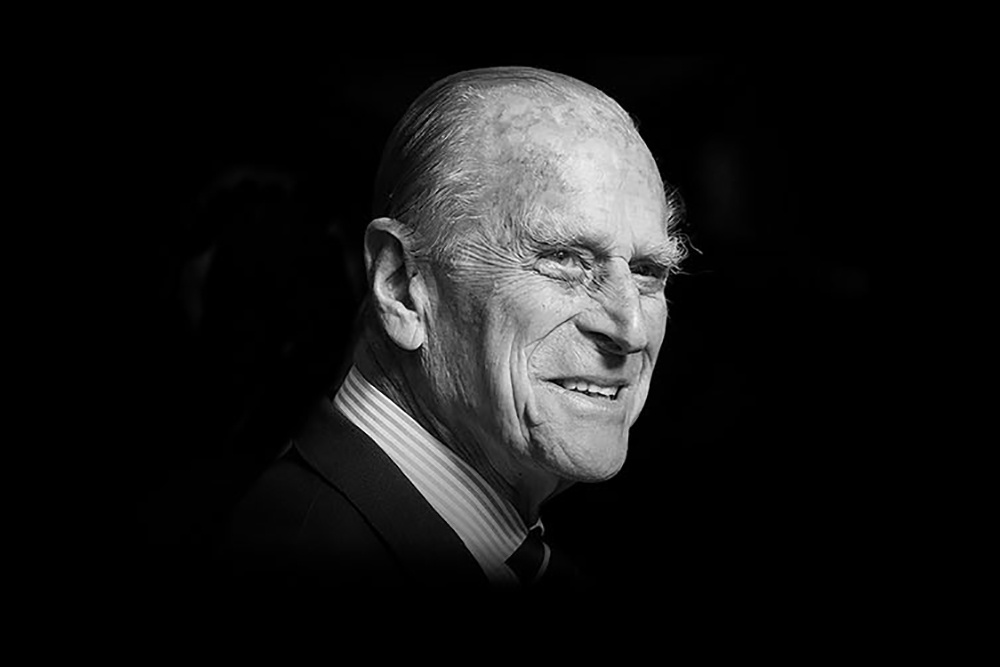 Prince Philip, The Duke of Edinburgh

Tributes have poured in from across the West Midlands to acknowledge the death of Prince Philip, The Duke of Edinburgh.

The Lord-Lieutenant of the West Midlands, John Crabtree, OBE, has sent a letter of sympathy to The Queen following the announcement of the death of her consort which says:

“On behalf of the County of West Midlands we send our deepest sympathy to Her Majesty The Queen. There is great sadness across the West Midlands at the death of His Royal Highness. Our thoughts are with Her Majesty and the Royal family at this time.

“As an expression of our sadness, flags are flying at half-mast throughout the County.”

Mr Crabtree paid tribute to The Duke of Edinburgh and his lifetime of dedication to public service. “His Royal Highness was a frequent visitor to the West Midlands and the people of this County welcomed him with great warmth. He had a wide variety of interests and supported many sporting events held here in the West Midlands, as well as business and arts projects.

“His contribution to the well-being and motivation of young people of this county through the Duke of Edinburgh Award Scheme has been terrific. He has been a dynamic and highly motivating influence throughout his long years of service to this country, and as consort to The Queen. I am sure I speak for all of the citizens of the West Midlands when I say that our thoughts and prayers are with Her Majesty at this very sad time.”

West Midlands Combined Authority Leaders have also paid tribute. Andy Street, the Mayor of the West Midlands, said: “I am incredibly saddened to hear of the passing of His Royal Highness Prince Philip, the Duke of Edinburgh. For more than seven decades he has been the rock by our Queen’s side, as well as being an incredible public servant.

“I know many people across the West Midlands will have personal memories of the Prince from his visits, as well as from all his work to support so many charities and organisations. My thoughts are with the Royal Family at this very sad time.”

Deborah Cadman OBE, chief executive of the West Midlands Combined Authority said: “Our thoughts are, of course, with the Queen and members of the Royal Family at this very sad time for them. But the news is sad for us all and the passing of Prince Philip will be mourned across the region.

“Many of us will have happy memories of the times we’ve welcomed him to the West Midlands during his long life of exemplary public service.”

Flags are being flown at half mast across the country, including Dudley Borough. Kevin O’Keefe, chief executive of Dudley Council, said: We are greatly saddened to hear of the death of the Duke of Edinburgh and on behalf of myself and the people of Dudley borough I would like to send sincere condolences to the royal family at this time.

"The Duke of Edinburgh served as Queen’s consort for 70 years, dedicating his life to public service and the borough is privileged to have welcomed the Duke of Edinburgh on two occasions during the Duke’s lifetime. He first visited with the Queen in 1957 as part of a tour of Staffordshire and Worcestershire and in 1977 as part of the celebrations to mark the Queen’s Silver Jubilee As a mark of respect, we will be flying the Union Flag at half mast, and there will be a virtual book condolence for people to sign. The council is waiting for more details from the Palace about books of condolence, floral tributes or charity donations."

“The Duke of Edinburgh was a dedicated public servant and faithful companion of Her Majesty and we, along with people across the country and indeed the world, will keenly feel his loss.He will be remembered through his charitable work and especially through the Duke of Edinburgh’s Award scheme, which thousands of children in Sandwell and across the country have taken part in since its inception in the 1950s.”

The Deputy Leader of the Council, Councillor Maria Crompton said: "Along with the Mayor, on behalf of the citizens of Sandwell, I have written a letter of condolence to The Queen, offering our deepest sympathies and to convey the sadness that is being felt. Our thoughts are with Her Majesty and the Royal family at this time.”

An online book of condolence will be set up on the Sandwell Council website.

Local MP's have also paid tribute.  Mike Wood, MP for Dudley South, said: "Very sad to hear the news of the death of His Royal Highness The Duke of Edinburgh. Prince Philip devoted his life to public service. He served with distinction as a naval officer in the Royal Navy during the Second World War, and has continued to serve our country and the Commonwealth by the side of Her Majesty the Queen since their marriage 74 years ago.

Throughout that time, her has been an ever-present figure supporting the Queen, foregoing his own interests, career and personal ambitions. His work to provide greater opportunities for young people - most notably though his award scheme - has helped hundreds of thousands of people in every part of our country and all parts of our community. "

The passing of this man of duty is a deep loss for our nation. Our thoughts and prayers are with Her Majesty and all members of the royal family as they mourn the loss of a beloved husband, father, grandfather and great-grandfather."

James Morris, MP for Halesowen and Rowley Regis, said "I was deeply saddened by the news that The Duke had passed away. His legacy of military and public service, and his support for the Queen during her reign, have been exemplary. He will be missed by many people across the country and across the globe, but it will be a particularly difficult time for his family who knew him best. My thoughts are with them all."

Suzanne Webb, MP for Stourbridge, said: "Such terribly sad news about the passing of His Royal Highness, Prince Philip, Duke of Edinburgh. He was a great man who inspired generations of Brits over a lifetime of dedicated public service. My thoughts are with Her Majesty The Queen and the Royal Family."

While MP for Dudley North Marco Longhi, also sent his condolences : "It is with deep sadness that Prince Philip has died at the age of 99, Buckingham Palace has announced. My sincere condolences go to HM the Queen and all the Family at this very sad time."

Information about the where to locate a Book of Condolence for all areas can be found on the West Midlands Lieutenancy website.