REVIEW: We Will Rock You at the Dormston Mill Theatre

Watching a bunch of young actors dancing and singing away to the songs of one of the greatest bands of all time, gets in your head and you must continue to rock ‘n’ roll; even after you’ve left the auditorium.

Simples. If you don’t know by now, We Will Rock You is a futuristic jukebox musical based on the Queen back catalogue. If you have a favourite classic Queen track, chances are, it’s in this show.

We Will Rock You is set 300 years in the future in a futurist and globally corporate world. Planet Earth has been renamed the Planet Mall and is controlled by the Globalsoft Corporation. The head of Globalsoft is the sinister Killer Queen, played by rising star Holly Page (Grease, Sister Act), who has banned all non-computer-generated music.

She has heard of a prophecy that instruments have been hidden somewhere on the planet and that ‘The Dreamer’ will emerge from the people to show the way to them. She orders her Chief of Police, Khashoggi, played by Tom Rantell (Hairspray, Jesus Christ Superstar) to get to the bottom of the matter and crush any rebellion.

Meanwhile, Galileo, a young student and outsider, played by Jack Hobson, is desperate to “break free” from this corporate world. He hears lyrics in his dreams and is heralded as the star of the prophecy by the Bohemians who have been searching for the lost instruments. To fulfill the prophecy. Galileo must evade the clutches of the Killer Queen and finally bring back the music.

With the help of Pop, an aging hippie librarian, played by the rather brilliant Jake Dale (Oliver, Lazy Ace), Galileo and Scaramouche, played by Katie Withers (Bugsy Malone, Legally Blonde) find Rock's Holy Grail - Brian May's guitar - buried in the remains of Graceland. Meanwhile, on the streets, Bohemians Brit, played by Harley Pearson (My Fair Lady) and Oz, played by the wonderfully talented Madison Jeffs (Hairspray, Brig It On) climb out of the sewers, where they have been gathering materials to make musical instruments. Brit is a believer in the Dreamer who will fulfil the prophecy and insists to the cynical Oz that it's the key to bringing real music back into the world. Of course, there is a happy ending which you can discover for yourself by buying a ticket. #justsaying

All in all, this is good production with some very talented young people (dare I say rising musical theatre stars even!) on stage. Stand out performances for me were Madison Jeffs as Oz and Holly Page as Killer Queen but this was very much a team effort. Visually, it was good on the eyes and the minimal staging actually worked.

My only criticism was that the sound let them down. This isn’t the first time I have watched a production at The Dormston Mill Theatre and nearly every time, there are problems with the sound. Mics not being cued on time and horrible feedback throughout. These young people work so hard on getting their lines right only to be let down on the night by audio equipment. This is no reflection on the company, or the performers and I felt for each one of them. Something to work on next time perhaps.

We Will Rock You is on at the Dormston Mill Theatre in Sedgley until 13th November. 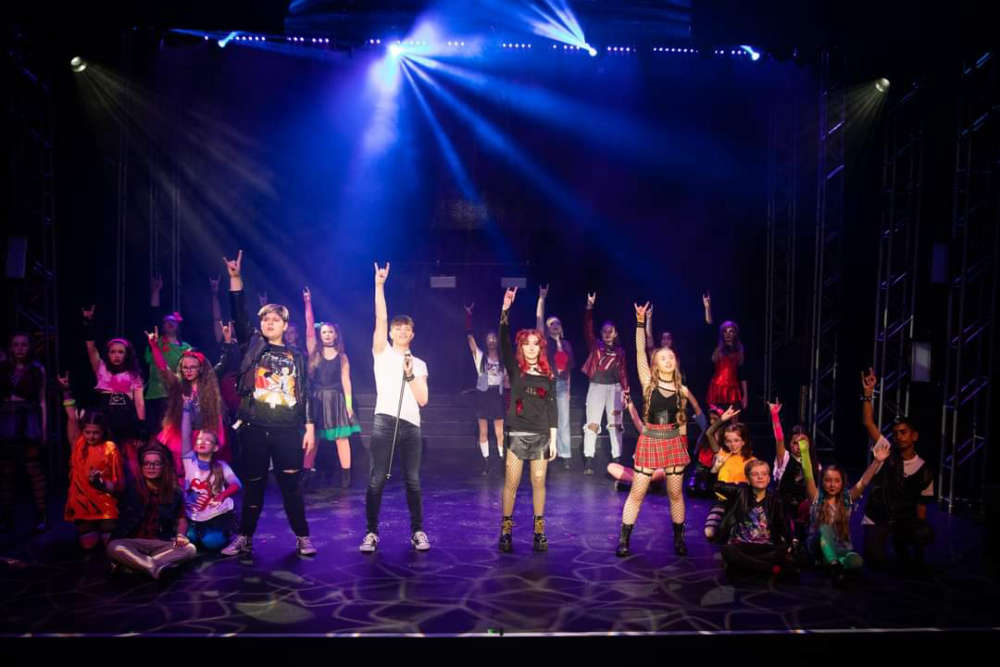 We Will Rock You - The Dormston Mill Theatre