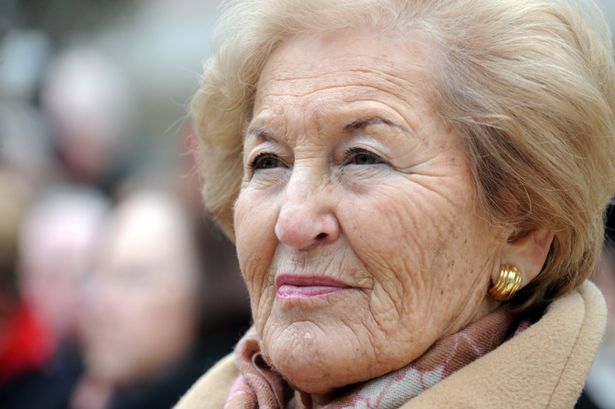 A woman who survived Auschwitz-Birkenau will be visiting Dudley to speak at the town’s annual Holocaust Commemoration on Friday 24th January.

Mindu Hornick was born in a small town outside Prague, Czechoslovakia.

In 1942, when Mindu was 12 years old, she was put on a packed cattle car and sent to Auschwitz-Birkenau - she never saw her mother or her brothers again.

Mindu returned to Prague after the war and came to the UK in 1948. She was awarded an MBE for Holocaust education and commemoration in this year’s New Year’s Honours List.

The annual event is organised by former MP, Ian Austin and Dudley College’s Students Union. It is open to all residents and will take place at 12.30pm on Friday 24th January 2020 at Dudley College’s Broadway Campus. The commemoration is organised with the support of the Holocaust Educational Trust and has contributions from local religious and civic leaders.

John Crabtree OBE, the Lord Lieutenant of the West Midlands; the Rt Revd Dr John Inge, Bishop of Worcester; the Mayor of Dudley, Councillor David Stanley and other civic and religious leaders will also be present.

It will conclude with the ceremonial lighting of the Candle of Remembrance and a minute of silence to honour the victims of the Holocaust. Ian Austin said:

“It is humbling that Mindu now spends her time teaching people about the Holocaust and I know many local people will want to hear her story.

“We will also hear from local students who visited Auschwitz with the Holocaust Educational Trust’s ‘Lessons from Auschwitz’ programme and have contributions from local faith and civic leaders.

“It’s always a very moving dignified event, which allows us to honour the memory of those who died, understand where the evils of racism and prejudice can lead and dedicate ourselves to oppose intolerance and hatred wherever it is found.”

Residents who would like to attend or need more details can email: dudleysholocaustcommemoration@gmail.com.